Are your kids too old, or think they're too old, to go to day camp? 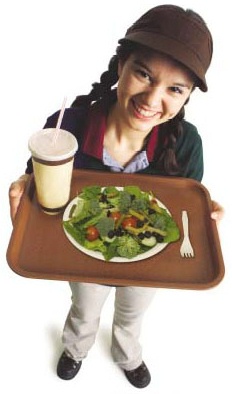 Maybe it's time they got jobs.

Summer jobs for teenagers is a time-honored tradition, a first step in the passage to young adulthood.

Employment typically ranges from the tried-and-true lawn mowing, baby sitting and life guarding to in-office work as clerks and assistants to helping out mom and dad in the family business.

And part of that transition to income earner could, as the Weekly Tax Tip notes, include tax responsibilities for the teen employees.

Yep, things can quickly go from being a source of pride -- I'm now paying at least part of my way! -- to irritation -- Hey, why is this FICA guy getting so much of my money?!

The good news is that in some cases, taxes aren't a worry for teen workers.

While the Internal Revenue Service generally wants it's piece of a worker's earnings, some special tax rules apply to young employees, based not only on age, but also on amount of money earned and even the type of job.

Here are some highlights of tax issues for teens (and their folks) to keep in mind:

My Bankrate story on teen jobs and taxes discusses these and other common summer work -- and tax -- scenarios for kids. The IRS also has a special Web page for young people with summer jobs.

Fewer than a third of American teenagers now hold summer jobs such as running cash registers, mowing lawns or busing restaurant tables, according to an analysis of Census Bureau Current Population Survey data from June to August 2011 by Northeastern's Center for Labor Market Studies.

The decline has been particularly sharp since 2000. That year, more than 50 percent of teens had summer jobs, but employment now for 16- to 19-year-olds has fallen to the lowest level since World War II.

If you're helping your kid find a summer job, start where you get your paycheck. Your company might have spots for employees' children during the summer.

One of my first, and most fun, summer jobs was working with my cousin Kathy (yes, the one who joined me on a nostalgic trip back to our West Texas youth) at the insurance firm where her mom was a vice president. And yes, nepotism isn't necessarily a bad thing, for the employee or employer!

Talk to your neighbors. Our homeowners' association newsletter has a regular summer feature listing the names of local kids and the jobs they'd like to do while school's out. Our weekly community newspaper also has classifieds aimed at kids.

And there's always the Internet. Websites such as Snagajob and Summer Jobs let you filter your summer search by Zip Code, region or employer types. Obviously, your local looks for jobs are preferable, but the online sites can at least give you an idea of what's out there.

For the kids fortunate enough to have a job, let's remember the Roth IRA is a great way to jump start their retirement savings. You can deposit $5000 or up to their earned income, whichever is less.