Which health care provisions will survive U.S. Supreme Court scrutiny? That's a question a lot of folks are asking, including those at the Internal Revenue Service.

The nine justices are expected to rule any time now on President Obama's legislative centerpiece, the Patient Protection and Affordable Care Act or Obamacare as it often is called. 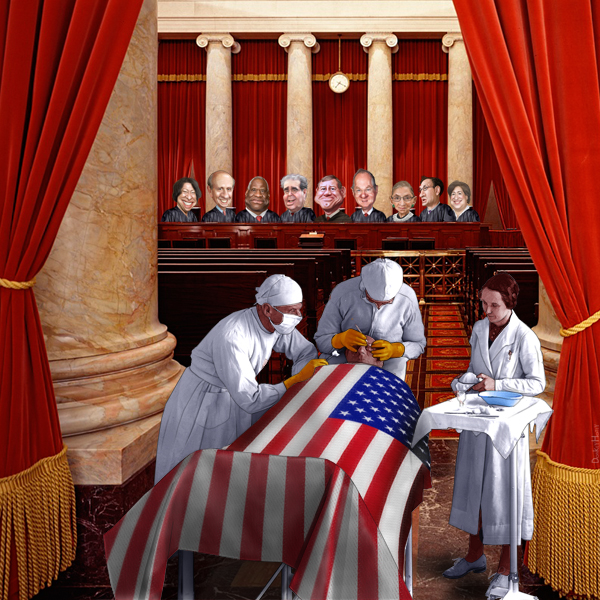 But what the high court will decide is anyone's guess.

The court could uphold the law, overturn it or declare some parts of it unconstitutional. Court watchers say that the way oral arguments went doesn't bode well for continuation of the law, particularly the individual mandate provision.

That portion requires Americans to buy health insurance or pay penalties for not doing so.

Supporters of the mandate say it's a fairer way to pay medical costs since taxpayers end up paying for the uninsured who use medical services for which they can't pay. Opponents say the mandate is unwarranted government intrusion into individual lives.

For legal eagles, the court's decision will rest on the Constitution's commerce clause (Article I, Section 8), which gives Congress the power to "regulate commerce … among the several States" and authorizes Congress to "make all laws which shall be necessary and proper" to make sure that happens.

Several tax laws were among those that Congress deemed necessary and proper to enforce the health care act. Among the tax laws that have already taken effect are:

The IRS has a special Web page with these and the remaining the tax-related health care act provisions that will take effect unless the Supreme Court says otherwise. I also blogged about the major provisions in health care reform taxes, health taxes, take 2 and the health care law's effective dates and repeal prospects.

While we wait for word from the Supreme Court, check out NPR's look at the history of the commerce clause, which was designed to end post-American Revolution interstate rivalries.

The Founding Fathers were smart guys, but when it comes to state competitiveness they obviously didn't foresee the coming of college athletic conferences. Not even the Supreme Court could solve the fights these create.