House OKs pro-consumer FSA changes, but they're not likely to become law…yet

Flexible spending accounts to cover medical costs tend to get a lot of attention at the end of the year.

That's when most companies allow employees to make their annual open enrollment changes to workplace benefits. 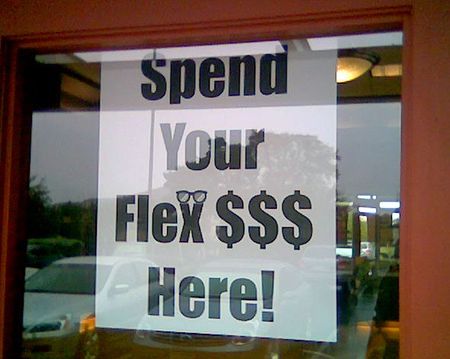 But this week, these accounts, commonly referred to as FSAs and into which you can put pretax dollars to pays or medical treatments not covered by your insurance, were part of a bill that handily passed the U.S. House.

OTC reimbursements would get easier: Between 2003 and 2010, you could use FSA money to buy over-the-counter (OTC) medications.

This was a great benefit, both for FSA owners and retailers who saw a boom in business at the end of the year when folks spend down their medical accounts on purchases of aspirin, cold medications and the like.

But the Patient Protection and Affordable Care Act, usually referred to as Obamacare, changed that.

Since the 2011 tax year, OCT meds have been FSA reimbursable only when you get a prescription from your doctor for the Pepto-Bismol or NyQuil.

Yeah, I think it's stupid, too. Either say no OTCs or allow them, but don't create this burdensome hybrid as a passive-aggressive way to say some federal budget dollars.

H.R. 436, the combination of three bills approved by the Ways and Means Committee last week and passed by a 270-to-46 margin on June 7, would allow FSAs to resume reimbursing the cost of over-the-counter drugs.

Easier use-or-lose rules: The biggest complaint about FSAs is that if you don't use the money, you lose it.

But there would be less grumbling about forfeited dollars thanks to H.R. 436's provision that would let FSA owners recoup up to $500 of their unused account funds.

Of course, this returned money would then be taxable income.

If you're in the 25 income tax bracket, $125 of your refunded excess would go to the Internal Revenue Service. Still, getting back $375 is better than getting back nothing.

These changes aren't likely to become law, at least not soon.

H.R. 426 also would repeal a major portion of Obamacare, a 2.3 percent tax on medical devices that is scheduled to take effect in 2013.

But despite approval in the House, the Senate has no plans to take up the legislation. And even if a bill to kill the medical device tax and make the FSA changes did make it to Obama's desk, he's said he will veto it.

Despite the tax, the White House says medical device manufacturers will benefit from the health care law as a whole since tens of millions of Americans will be covered by insurance rolls and therefore eligible for treatment using the products.

Policy vs. election posturing: Of course, the reality in this election year is that the Republican-controlled House is fine, right now, with H.R. 426 being stalled.

The GOP has made its point of trying to remove a business tax.

House Republicans can even point to all the Democrats who supported the tax's elimination, although the Dems say they disagree with the way the GOP would make up the lost revenue.

And those Democratic derrieres are covered because they know their colleagues in control of the Senate won't budge.

So what does all this mean for FSA changes? Nothing in the short term.

But the support for the changes via this vote bodes well for FSA rule modifications in the future. Even the IRS has indicated that it is open to a regulatory change in connection with excess FSA money.

In IRS Notice 2012-40 issued May 30, the agency asked for public comments on the FSA use-it-or-lose-it rule. You have until Aug. 17 to let the IRS know your FSA thoughts.

Several members of Congress over the years also have introduced legislation that would allow for rollovers of unused FSA amounts.

So while the OTC limits and withdrawal deadlines for FSAs remain in effect, don't be surprised to see these rules eased once the election year smoke clears.

An idea - How about instead of use-it-or-lose-it, and instead of refunding the unused funds, they just rollover? The rollover amount is deducted from the limit for that next year, e.g. I have $500 rolled over, instead of my deposit limit set at $2500, it's $2000 for that year. This way, the account won't purposely get overfunded.

Other idea - a one time, mid year bump. I go to a dentist whose fees are well above "ordinary and customary," so a new crown, and even with insurance, I'm over $1000 out of pocket. Planning these expenses a year ahead is pretty tough.