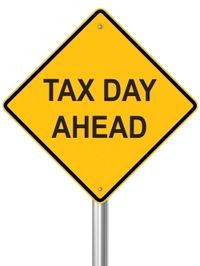 Tax Day 2012 is just a week away. So our 101st Tax Carnival: Deadline Taxes concentrates on getting those 1040s filled out and on their way to the Internal Revenue Service.

Since time is short, let's get right to it, starting with a look at the material and terminology we need to file our returns.

Kurt Fischer says that if you're searching for a creative theme for your next party, consider the IRS Publication Party Game. You invite all members of Congress to your home, open the various IRS documents and ask, "What Does This Mean?!?" It's posted at Money Counselor.

Glen Craig notes that we hear a lot about adjusted gross income (AGI) at tax time, but what exactly is this mysterious acronym? Find out in What is Adjusted Gross Income (AGI) and How Does it Affect Your Taxes, posted at Free From Broke.

Jill looks at another tax term in What Is a Personal Tax Exemption? It's posted at My Dollar Plan. 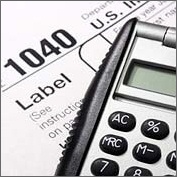 The convergence of credit cards and taxes are a popular topic among Tax Carnivalistas.

Anisha Sekar says filers always ask themselves whether they should pay taxes with a debit or credit card to earn some money back. Check out The (Only) Two Reasons to Pay Taxes with a Credit or Debit Card, posted at NerdWallet.

Tim Chen has similar advice, also posted at NerdWallet, in Do Not, Repeat Do Not, Pay Your Taxes With a Credit Card.

Individual retirement accounts get added attention as the tax deadline, which is also the plans' contribution deadline, nears.

Michael Kitces looks at Roth vs Traditional: The Four Taxation Factors That Determine Which Is Best. The analysis is posted at Nerd's Eye View.

Khaleef Crumbley says a Roth IRA is a powerful tool for saving toward retirement. Find out why he favors this IRA option in Why A Roth IRA Is Better For Us Than A Traditional, posted at Fat Guy, Skinny Wallet. 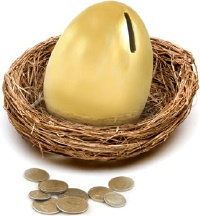 And tax-favored retirement plans also get a look from the distribution side.

Bob notes that withdrawing money early from a 401(k) isn't always easy, not to mention a likely bad idea, but it is possible. He reviews when such withdrawals are possible in A look at 401k Hardship Distributions, posted at ChristianPF.

Looking for added tax advice? Some contributors have some suggestions and cautions.

Eric J. Nisall reminds taxpayers that we need to be careful when taking tax advice. "Even people who should supposedly know, often to not have much of a clue as to what they are talking about," says Eric. He offers an example in Pet Adoption Fees Are Not Donations, posted at DollarVersity.

Laura Edgar looks at tax help that is sponsored by the IRS to help the elderly, the disabled, military personnel and low-to-moderate income people file their returns. You can help, she says, by becoming a volunteer income tax assistant with a participating organization in your community. Get details in 4 Volunteer Opportunities to Promote Financial Literacy, posted at NerdWallet.

Investor Junkie says there are reasons that complex tax returns should be tackled by professionals, at least if you want to save your sanity! Find out more in When Should You Hire Someone Else to Do Your Taxes? It's posted at Investor Junkie.

We get two different looks at student debt and taxes from a couple of Tax Carnivalistas.

Bill Smith looks at a tax deduction that can help ease the burden of student debt in Paying for College: Student Loan Interest Deduction Explained. It's posted at 2010 Taxes. 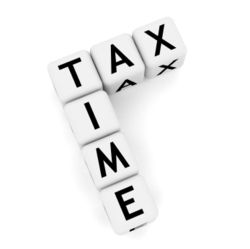 YPFinances says, "I always thought being able to claim the interest paid on student loans was the silver lining of having that debt. Now, it turns out I can't claim this, and the IRS was kind enough to notify me." Find out why in Why I can't Claim Student Loan Interest, posted at Young Professional Finances.

Other deductions and tax strategies are the focus of several from several contributors.

Sandy takes a look at business deductions through the eyes of a specific profession, the world's older one, in fact. "I came up with a list of deductions that you would take if you were a prostitute, streetwalker, hooker, call girl or 'Adult Entertainment Specialist,'" says Sandy, who presents the list at Nine Tax Deductions That Prostitutes Can Claim. It's posted at Yes, I Am Cheap.

Joe Kristan looks at the no-appraisal, no charitable deduction rule for big property contributions in the first of his down-to-the-wire tax tips as we head toward April 17. Get the details at the new look (very nice!) Tax Update Blog.

Amanda examines What are the Tax Consequences of Deducting a Home Office if You Sell Your Home? Details are posted at My Dollar Plan.

Several bloggers have news for taxpayers in other nations.

Cliff says Britain's Chancellor of the Exchequer announced some pretty major changes to tax for British consumers. He explains in Not so taxing: some good news for British tax-payers, posted at TotallyMoney.

Edward Webber reminds U.K. taxpayers that each year the amount they can earn tax-free changes. Details are How Much Can You Earn Without Paying Taxes 2012? It's posted at TaxFix.

Lubna Kably notes that "the Finance Bill, which contains tax proposals, was tabled in India in the lower house of the Parliament on March 16. We all knew that the Direct Tax Code (DTC), which would provide a new tax code, would not be introduced in this budgetary session owing to delays by the Parliamentary Standing Committee in giving their comments on the DTC. Yet everyone was waiting and watching whether certain provisions, especially those that would enable more tax revenue to be garnered, would be introduced. This is precisely what happened. Among several other amendments, wide sweeping General Anti Avoidance Rules were introduced. The fear of an endless bout of litigation now looms large." Read more at Talking Tax: Law Street (The Economic Times: March 30, 2012), posted at Talking Tax.

And we get a more localized look at taxes here in the United States.

Steve says the entire "tax the rich" concept sounds like a modern day Robin Hood act. He reviews how it played out in one state in Maryland Senate Votes To Tax The Rich, posted at 2011 Tax.

Getting a refund? Tax cash back is on the mind of several Tax Carnival bloggers.

Alan Schram notes that some people use tax refunds as forced savings. He looks at the pros and cons in Tax Refund: A Good Forced Savings Plan? It's posted at Canadian Finance Blog. 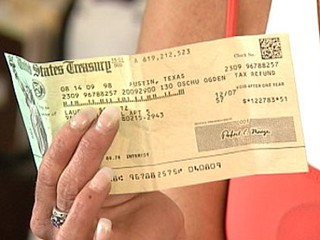 Super Saver says "my company's withholding policy is causing me to get a large tax refund for 2011." Read all about it in Getting a Big 2011 Tax Refund, posted at My Wealth Builder.

Theresa Torres says rather than spending your tax refund on unnecessary things, consider making good use of it in ways so that you can be more financially stable." She recommends Smart Ways to Invest Your Tax Refund, posted at The Missouri Taxguy.

Danielle says it might be possible to split your tax refund in a way that satisfies your responsible side and your fun-loving side at the same time. Her suggestions are in How To Split Your Tax Refund, posted at Personal Dividends.

We also hear from someone who isn't getting a refund.

Cash Flow Mantra admits to owing the IRS "and it is not just a little bit. I had to come up with another plan which involved borrowing money from individuals so I could avoid paying more taxes plus a nasty penalty on funds withdrawn from a retirement account. Yes, I am a little like Greece and kicking the can down the road, but I think that things will be getting better." You can read about the tax woes in Update on Income Tax Situation, posted at Cash Flow Mantra.

And we wind things down with a look at filing considerations.

Tim says if you don't think you'll be able to file your taxes by April 17, file an extension. He presents Federal Tax Extension Tips, posted at Faith and Finance.

Finally, one blogger has some thoughts on why it's worthwhile to wait a bit, but just a bit, before sending in your return.

Jason says there is a reason he never files his taxes as soon as he finishes filling out the forms: "I always wait a week or two, and I always come up with something I missed. This time, the wait saved me nearly $2000." Read more about his profitable filing wait in Taxes! It's posted at Live Real, Now.

That's it. You now have seven days to get your return signed, sealed and on its way to the IRS. Thanks to all the Tax Carnival 101: Deadline Taxes contributors and especially to all y'all for reading. 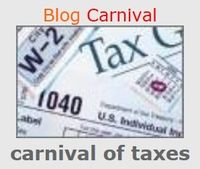 Once tax season 2012 wraps up -- at least for taxpayers who finish their returns by April 17 -- the Tax Carnival will go back to once-a-month posting. That off-season cycle starts on May 7.

Or if you prefer email, send your tax blog item to me at taxcarnival@gmail.com.

Thanks so much for hosting Kay! Lots of great stuff here for those close to the deadline.

Big thanks for hosting (and including TotallyMoney)!

Thanks for including me! Great carnival!

Thanks for including my post in this great carnival! And best of luck to all during this 'taxing' time of year.