Home Table of Contents Tax Tips Credits Deductions Refunds State Taxes Politics/Laws Tax Terms Archives
Do you have to file a return? And why you should file even if you the answer is 'no.'
How to avoid a tax audit, virtual or otherwise

Are you ready for some baseball? 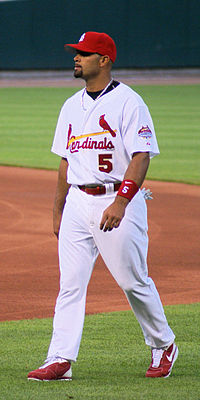 The only thing missing is Albert Pujols. The slugging first baseman opted during the off season to sign with the Anaheim Angels, or as they pretentiously were renamed, the Los Angeles Angels of Anaheim.

Despite his success in St. Louis and the fan adoration, it's not surprising that Pujols moved. The Cardinals' bank account wasn't big enough to sign the aging (yes, early 30s is old in major league sports) star to a long-term deal.

Pujols might have been in Miami tonight if the Marlins had agreed to a no-trade clause as part of their 10-year offer. The team, prone to fire sales every couple of years, said no, so the three-time MVP instead inked a 10-year deal with Anaheim.

For his move west, Pujols will get around $254 million. He'll also get a bigger tax bill. Edward Zelinsky of OUPblog explains:

"Since his salary will, for federal income tax purposes, be characterized as ordinary income, he will pay roughly a third of his income to the federal government. Pujols will play in California, a high tax state. Even if he does not become a California resident, he will owe nonresident California income taxes on the portion of his salary properly allocable to his time and effort in the Golden State. When Pujols deducts his California income taxes from his federal taxable income, he could trigger, for federal income tax purposes, the alternative minimum tax (AMT)."

And things could get even worse, tax-wise for the slugger.

"Taxes may be on the verge of rising in California just as Mr. Pujols dons his new Angels jersey," writes  Mark Schoeff Jr. in the Investment News. While a proposed ballot referendum to raise the state's top tax rate to 11.3 percent on residents making more than $1 million a year has run into trouble, Pujols and other wealthy residents shouldn't get too comfortable. California is a traditionally activist state when it comes to taxes.

I suspect that's still plenty for him to live very, very comfortably. And although athletes typically hold out for bigger paychecks, they're really more concerned about winning on the field, not in the ledger.

Plus, I'm sure Pujols' accountants and attorneys immediately went to work on ways to soften the tax hit. Hey, they've got to earn their big bucks, too. 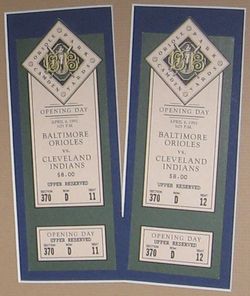 Baseball memories: Friday, April 6, will be the 20th anniversary of the first Opening Day in Oriole Park at Camden Yards. The hubby and I were there in 1992 to see the Orioles take on the Indians.

To be honest, neither of us can remember who won. Wait, the hubby just looked it up. Baltimore beat Cleveland 2 to 0.

That's what happens when the game gets one-upped by architecture. But I have to admit it was a fun day in a wonderful new ballpark.

We had spent the previous decade going to Baltimore's games in the shared MLB-NFL Memorial Stadium, so it was nice to have a baseball only park, especially in such a fun part of Charm City. And we kept going until we moved from the area in 1999, even though the Orioles haven't been able to put competitive teams on Camden Yards' grass.

What we both remember more vividly was that last game in the old park. On Oct. 6, 1991, generations of Orioles greats filed out of the dugouts and took their positions en masse on the Memorial Stadium field. The packed house was rocking. Orioles Magic was truly there that day, as were lots of tears and no one wanted to leave.

We saved those tickets (heck, we've got boxes of MLB, NHL and NFL tickets from all the games we attend/attended) and put those 1991 ducats together with the 1992 Orioles Park ones, along with pocket schedules for both seasons and a print of the new park signed by Boog Powell into the display below. 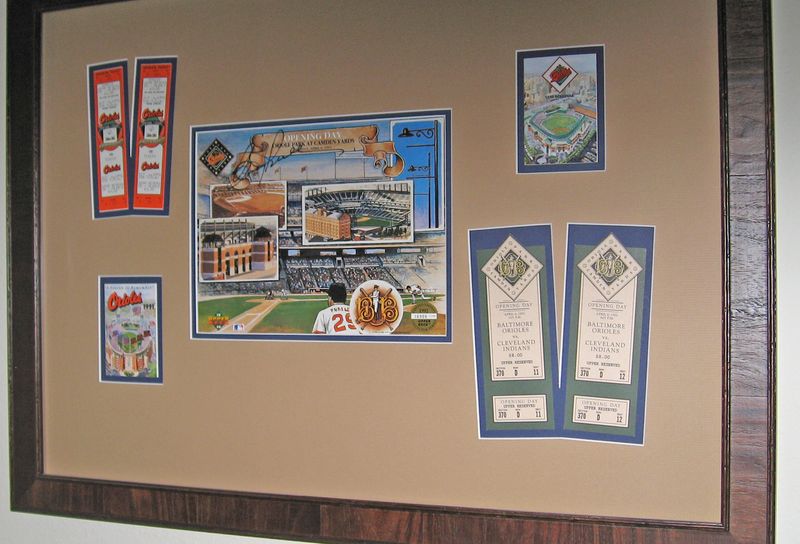 One day we'll get back to Baltimore and see the Birds again. By then, maybe they'll have rediscovered the legendary Orioles Way of winning.