Sure your 2011 tax return is due in a few weeks, but you might want to put it aside for bit and look at your 2008 records.

If you didn't file a return for that tax year, the Internal Revenue Service could have some money for you.

In fact, it could be as much as $637 or more. That's the median tax refund amount of all those unfiled 2008 returns, according to the IRS. 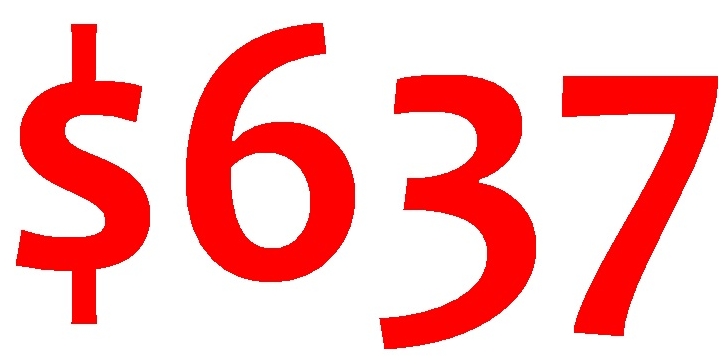 And that's also this week's By the Numbers figure.

Of course, since that's the median amount, your refund could be larger. Or smaller. But every bit back from the IRS is good, right?

Where the unclaimed tax dollars are: It's not surprising that the most populated states are the ones with the most residents who didn't file 2008 returns.

Where does your state rank? Check out the full list of unclaimed 2008 refunds.

Last chance deadline: OK, now that I've got your attention with dollar signs, let me throw out another number you need to pay attention to: the deadline date.

Yep, this year's filing due date is also the last date to file a 2008 return and get any refund money you're owed.

If you don't, then the money is Uncle Sam's to keep.

2008 tax year reminders: If you didn't file three years ago, you might have given up a claim to the Recovery Rebate Credit. That tax break was available to those who didn't get a stimulus payment that year.

In addition, many low-and moderate-income workers may not have claimed the 2008 Earned Income Tax Credit (EITC). The thresholds that tax year were:

You also need to double check your 2009 and 2010 tax records. The IRS warns that if you neglected to file tax returns for those years, your 2008 refund check might be held.

The IRS has a special Web page with links to prior year tax returns and instructions.

So if you're one of the around 1 million taxpayers who didn't file a return three years -- or two years, or one year -- ago, get to it ASAP. Or kiss your 2008 refund money goodbye.