Don't get into lottery tax trouble

Admit it. You bought a Mega Millions lottery ticket.

Heck, as you can see from the photo below, we've been buying them for a few weeks. And yes, I am making a to-do list if our numbers come up in the $540 million drawing. Hey, someone has to win. It might as well be me (and the hubby). 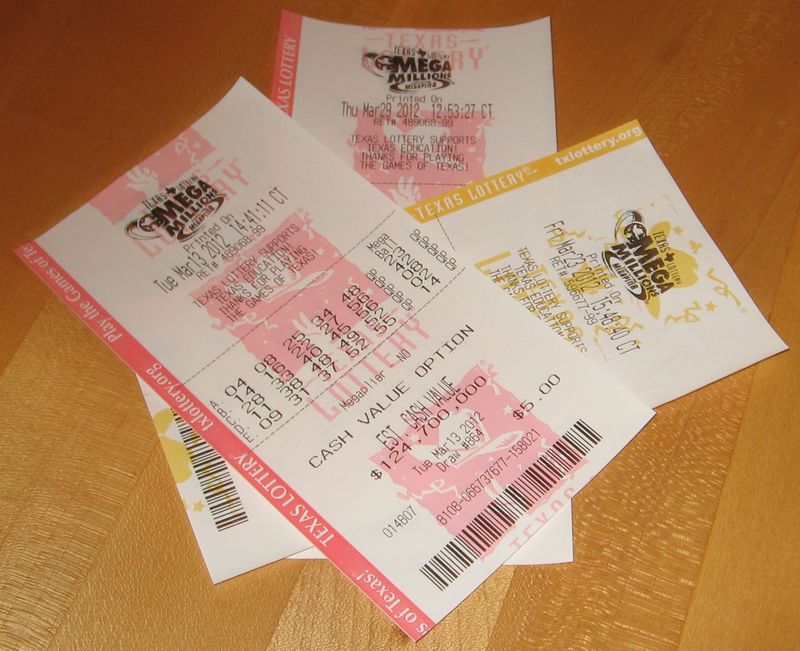 Taxes and gambling: I know you know that Uncle Sam considers lottery winnings, like other forms of gambling, taxable income. And when a jackpot is this big -- nearly $390 if you take the cash value option -- there's no question that the IRS will be paid.

When a lottery payout is more than $5,000 then 25 percent is taken off the top and sent to the Treasury before you get a dime.

You'll get a Form W-2G next year from the payor showing the amount of lottery winnings you walked away with and the amount that went to the federal income in taxes. Remember, a copy of this form also goes to the IRS.

And if your state collects income tax and considers gambling winnings taxable income -- unlike New Hampshire, which eliminated its tax on gambling proceeds last year, most do -- you'll also be sending some of your winnings to your state tax collector.

Given the state of state treasuries in recent years, officials in one of 42 states where Mega Millions is played are as excited about the lottery as are their residents who bought tickets.

If you're curious about how big your bank account will be after tonight, USAMega.com provides an overview taking into account federal and state taxes.

Tax planning crucial: Of course, the wisest move anybody who gets a windfall can make is to talk with a financial and/or tax adviser before you even pick up your money.

Just make sure you get better advice that Tonda Lynn Dickerson, a seemingly lucky Waffle House waitress who ultimately ended up with a big tax bill.

Dickerson worked at a Waffle House in Alabama and in 1999 a customer gave her a Florida lottery ticket as a tip. It just happened to be the winning ticket for over $10 million.

The Internal Revenue Service, however, soon showed up, seeking a tax of $771,570 from Dickerson on the $2,412,388 that the agency said was a gift to her relatives. She complied, but contested the tax, claiming that no gift was made.

The Tax Court ruling was issued on March 6, 13 years to the day of Dickerson's winning lottery.

And, says Hal Terr, a partner in WithumSmith Brown, CPAs, blogging at Double Taxation, the lawsuit actually worked in Dickerson's favor against the IRS.

At least she came out better in claims by her coworkers for part of her windfall.

Folks who worked with Dickerson at the Waffle House sued her in Alabama court claiming there was an implied agreement among them to share lottery winnings. Dickerson's former coworkers lost on the same grounds, that the oral agreement was unenforceable on public policy because it was "founded on gambling consideration."

Lessons for potential multimillionaires: So if you happen to win some big bucks tonight or any other time, get yourself a good tax attorney and make sure all the various tax issues are thoroughly considered.

David A. Shulman, a South Florida estate planning attorney, also recommends you get any agreement about potential winnings in writing before the numbers are drawn because the IRS knows that most post-lottery sharing deals are baloney.

"Or take the winnings for yourself," says Shulman, "and flee to Tahiti."