Celebrating Texas Independence with a look at Lone Star, and other, state taxes

Why do we Texans remember the Alamo? Because that momentous defeat came just four days after the new Republic declared its Independence on March 2, 1836.

My Texas ancestors knew when they decided to break away from Mexico 176 years ago today that they were in for a fight. If the siege of the Alamo didn't adequately demonstrate that, the Goliad massacre underscored the difficulty of forming a new nation.

But the Texians of yore tightened their belts, pulled up their boots and on April 21, 1836, yelling "Remember the Alamo!" at the top of their lungs, vanquished Santa Anna's army at San Jacinto.

That short span between officially declaring independence to winning it on the battlefield might explain modern day Texans' impatience, not to mention our general combative attitude.

In the 176 years since the Republic of Texas was formed, the Lone Star State has gone through a lot of changes. Some good. Some not so good.

And we need to keep changing to keep up with the rest of the world.

Texas property, sales and excise taxes: One area, though, that Texans have been adamant about keeping the same is no state income tax. 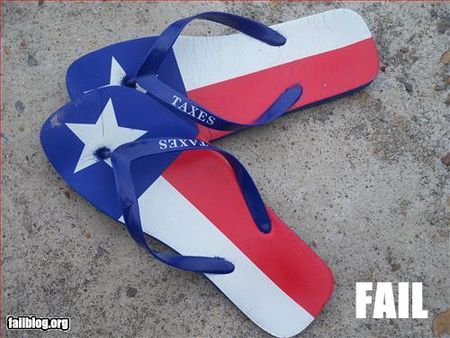 Since Texas doesn't have an income tax, that means none of its lower-level governments can enact one either. So those jurisdictions make up what isn't collected via local income taxes by getting money from homeowners and other property owners to pay for local services, primarily schools.

This reliance on one major source of funding means that Texas property taxes are relatively high.

As for the state itself, without an income tax Texas relies heavily on sales taxes.

The Lone Star State's general consumer sales and use tax was adopted in 1961. The current 6.25 percent rate is slightly above the national sales tax median of 5.85 percent, according to the Tax Foundation.

Then there are the local sales tax add-ons. Here in Austin, we pay another 2 percent on top of the state sales tax.

In 2007, combined state and local general and selective sales tax collections were $1,624 per person, which put Texas at 14th highest nationally in this category.

Befitting Texas' oil heritage, the state's gasoline tax is an old one. It was adopted in 1923.

The state cigarette excise tax, enacted in 1931, stands at $1.41 per pack, placing it 21st highest nationally.

Overall, though, we Texans shouldn't complain about taxes (but we still do!).

Texas taxpayers pay $3,197 per capita in state and local taxes, according to the Tax Foundation. Overall, that combined tax burden is 7.9 percent of Texans' income or 45th nationally.

And that's well below the national average of 9.8 percent..

Other states and their taxes: Want to see how your state compares tax-wise to Texas? The Tax Foundation has myriad tables, charts and maps, including:

If reviewing your locale's tax data has you thinking about becoming a Texan, to paraphrase one of our favorite son singers Lyle Lovett, "Texas wants you."

But as an Austin resident, may I suggest you check out some of the Lone Star State's other fine cities. Traffic here in the state capital is already a bear!