You can head for the Presidents Day sales this long weekend knowing that when March arrives you'll still have a few extra dollars in your paychecks. 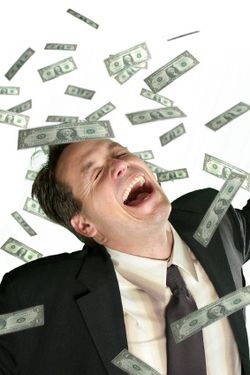 The House and Senate have passed a continuation of the payroll tax cut through the rest of this year.

The lower payroll tax rate produces around $20 more a week for a worker earning $50,000 a year.

Payroll tax cut refresher: Just in case you've forgotten (or tried to), workers have enjoyed for the last 13½ months a 2 percentage point reduction in the tax taken out of their paychecks to cover Social Security.

The employee portion of Social Security tax usually is 6.2 percent of the first $110,100 (that income amount is for 2012; it's adjusted annually for inflation) of wages, and the self-employment side equals 12.4 percent of such self-employment income.

But as part of the tax package approved in December 2010, these tax rates were reduced by two percentage points for 2011.

When lawmakers couldn't come to an agreement last December on extending the tax cut, they gave themselves more time by keeping the payroll tax cut in place through Feb. 29.

After some negotiating fits and starts earlier this year, the Republicans gave up trying to force a way to pay for the $100 billion the payroll tax cut will cost and a compromise was reached.

The House and Senate today approved a deal to keep the payroll tax cut in place through the rest of the year. The agreement also continues unemployment benefits and the payment rate for doctors who treat Medicare patients.

The president is expected to sign the measure, formally known as The Middle Class Tax Relief and Job Creation Act of 2012, any time now.

Long-range costs: While the deal included some offsets to cover the $50 billion necessary to keep unemployment benefits and Medicare payment provisions (aka the "doc fix") in place, the Congressional Budget Office estimates the payroll tax cut extension package will cost Uncle Sam more than $89 billion over 10 year.

Expect to hear that dollar amount a lot during the campaigns, both for House and Senate seats and the Oval Office.

This was done to keep higher-income workers from having a temporary payroll tax cut advantage over workers who don't make more than the wage base. Without it, they would be getting the short-term tax cut on all of their taxable wages, not just on the amount below the Social Security taxable limit.

Or, as tax blogger and Tax Policy Center senior fellow Roberton Williams noted, "Without this provision, a CEO drawing a $6 million salary would get the full $2,202 tax savings in his first 2012 paycheck."

If a full-year extension had not been finalized, higher income earners would have had to pay a "recapture tax" on the tax savings they got on earnings that exceeded the cap. This repayment would have been part of their 2012 tax filing next year.

But with the payroll tax rate reduction now in place for all of 2012, the earnings cap is repealed.

The IRS no longer has to worry about coming up with yet another tax form.

And higher income workers won't have to worry about any extra filing paperwork (at least in this area) during the 2013 tax filing season.