Even in today's global economy, the stiffest and most direct competition that states face often comes from other states.

With that in mind, the Tax Foundation last week issued its eighth annual State Business Tax Climate Index. In calculating the rankings, the Washington, D.C., nonprofit takes into account dozens of state tax provisions to come up with each state's score against the tax climates of every other state.

"Tax competition is an unpleasant reality for state revenue and budget officials, but it is an effective restraint on state and local taxes," notes Mark Robyn, an economist with the Tax Foundation and author of the background paper on the Index.

State lawmakers nowadays need to be more concerned with companies moving from Detroit, Mich., to Dayton, Ohio, rather than from Detroit to New Delhi, says Robyn. Paying attention to other states' tax policies, he says, will help them more efficiently allocate resources because businesses can locate in the states where they receive the services they need at the lowest cost.

"When a state imposes higher taxes than a neighboring state, businesses will cross the border to some extent," says Robyn. "Therefore states with more competitive tax systems score well in the Index because they are best suited to generate economic growth."

So which state should the other 49 be looking to as a tax policy model and looking out for as a competitor? Wyoming. 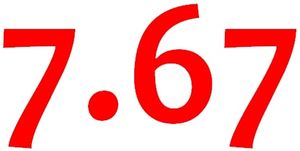 In addition to putting it atop that list, that number is this week's By the Numbers figure.

It's no secret that a big part of Wyoming's top rank is because the state has no personal income or corporate tax.

At the other end of the list is New Jersey.

And the state that made the biggest move in the rankings? Illinois.

The map below provides a snapshot of each state's 2012 business tax climate rank. 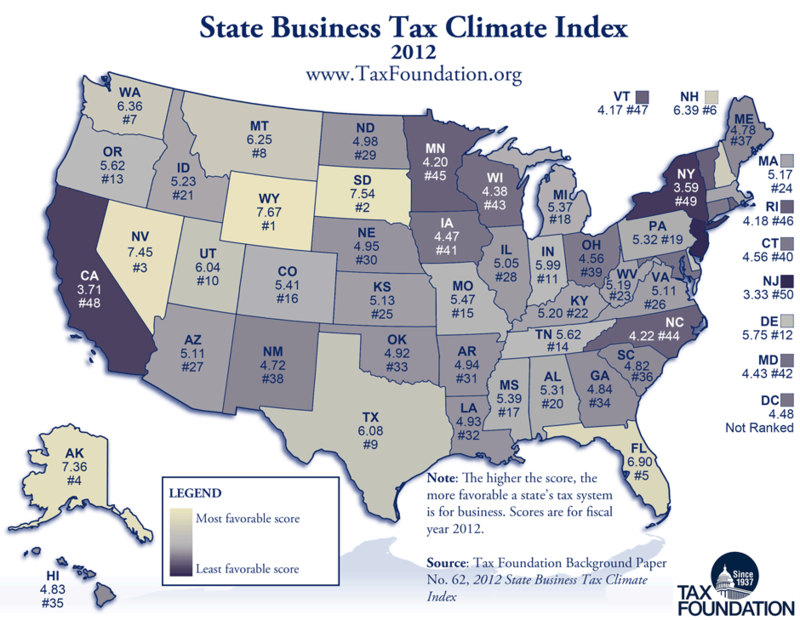