Which GOP candidate is generating the most buzz?

Yes, we still have official presidential campaigns. And yes, voters across the country still get to pick their party's candidate and eventually our U.S. president.

But this is the era of American Idol and The Voice and X Factor.

And that means that the political buzz is just as important, and sometimes more so, than the actual campaign and election processes.

So the folks at Target Point Consulting, an Alexandria, Va.-based market research and knowledge management firm that works primarily with Republican candidates, have created a the National Dialogue Monitor.

This research tool, known in the usual Washington, D.C., area acronym shorthand as NDM, tracks every time a politician, celebrity, organization, issue or corporation is mentioned across all media channels - television, radio, newspapers, magazines, blogs, websites, and social networks - measuring the associated volume, tone and topics of each tracked entity.

As Chris Cillizza, who pens The Fix blog for the Washington Post, notes, the NDM chart from last August through mid-December pretty well sums up the GOP campaign: "Notice Romney's steadiness and the peaks and valleys of everyone vying to be the not-Romney in the contest." 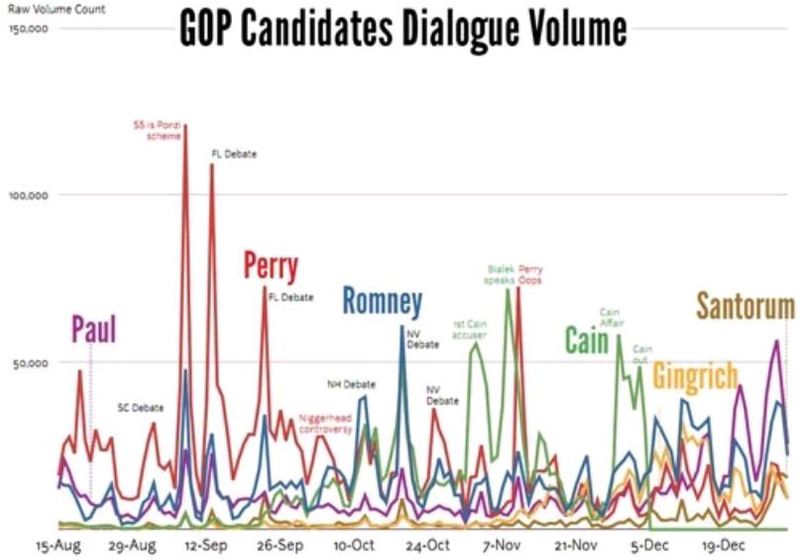