"Your Rights as a Taxpayer" has the honor of being Internal Revenue Service Publication 1.

But just giving a topic that exalted number-one ranking is not enough says the woman in charge of making sure the IRS does the best possible job.

National Taxpayer Advocate Nina E. Olson wants Congress to codify a Taxpayer Bill of Rights that would clearly list the major rights and responsibilities of taxpayers.

"The U.S. tax system is based on a social contract between the government and its taxpayers," wrote Olson in her 2011 Annual Report to Congress. "Taxpayers agree to report and pay the taxes they owe and the government agrees to provide the service and oversight necessary to ensure that taxpayers can and will do so."

Part of the problem, Olson said in her report, is that even though Congress has enacted three significant taxpayer rights' bills in the last two decades, most taxpayers don't know what their rights are. 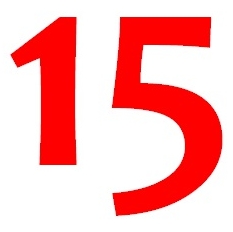 Specifically, she suggests 10 taxpayer rights and five taxpayer responsibilities she would like to see enacted and enforced.

That combination is this week's By the Numbers figure.

10 Taxpayer Rights: In her report, Olson would like for Congress to organize taxpayer rights under 10 broad principles.

Potential stumbling blocks: Numbers six and 10 are going to take some major work by Representatives and Senators.

Certainty in the tax code is a persistent problem thanks to a Congress that changes tax laws, or lets them lapse and then reinstates them (sometimes), well beyond any logical time frame.

Remember the estate tax? By the way, the current law is facing expiration again in just over 11 months.

And this year we also have a slew of tax breaks that expired at the end of 2011. (Yes, I'm working on a story and blog posts on these gone-for-now tax laws.)

As for tax fairness, that's a debate that's not likely to ever end.

Even before Occupy Wall Street tents started popping up in public parks, there was outrage over reports of big businesses benefiting greatly from the arcane twists in the tax code.

Was anyone really surprised?

Those firms can afford to hire lobbyists and/or belong to trade groups that spend lots of time and money on Capitol Hill. That guarantees the various business communities influence legislators as they craft tax breaks.

The issue of tax fairness and a more just tax system will continue to be a major topic in the 2012 presidential campaign. But don't expect any substantive changes until well after the November votes are tallied ... if then.

So that taxpayers understand what the law requires of them, the National Taxpayer Advocate recommends in her latest report that Congress organize taxpayer responsibilities under the following five principles:

The report also summarizes prior year recommendations by Olson to create additional taxpayer rights and recommends that those rights be incorporated into Taxpayer Bill of Rights legislation.

"It has been 13½ years since we have had major taxpayer rights legislation," Olson wrote.  "Our laws have not kept pace with our notions of procedural fairness in 21st century tax administration, particularly given our tax system's expanded and diverse taxpayer base and duties."

Good luck, to Ms. Olson and all of us taxpayers.

Interesting article. I'm setting up a tweet link back on 25/1/12

Tax payers should also seek out tax relief if they are having tax problems. It is always better to deal with it sooner than later.

Great subject!
It seems that many people forget they have any rights as taxpayers.
I agree that number 6 is currently a huge problem. It is so difficult to plan ahead with our Representatives and Senators constantly struggling to reach an agreement. Too bad that political agenda become more important than people.
Keep up a great work!