Marginal tax rates vs. effective tax rates, or what Mitt's and Newt's taxes tell us

Mitt Romney, still the leader for the Republican presidential nomination, says his tax rate is around 15 percent.

That makes sense if you presume (rather than assume, since we all know what happens when we do that!) that most of Mitt's very large (again presuming) income is via investment earnings and/or his Bain Capital carried interest payments.

Both of those types of income currently are taxed at a top 15 percent capital gains rate.

One of those battling Mitt to be the GOP's eventual White House candidate, Newt Gingrich, released his tax 2010 tax return information. It shows he and the missus had adjusted gross income of $3.1 million and paid the U.S. Treasury $994,708. That comes out to a 32 percent rate of tax on that year's income. 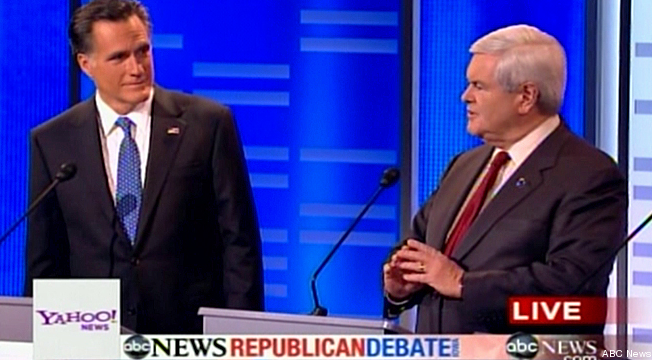 But if you look at the income tax brackets for 2010 -- or 2011 for that matter -- it looks like Newt and Callista should be paying the IRS taxes at the top 35 percent rate.

True, the Gingriches' marginal tax rate is 35 percent. That's the rate that applies to the last dollar that a taxpayer earns. As a person's income rises, so does his or her marginal tax rate.

In the Gingriches' case, the 32 percent is arrived at by dividing their almost $1 million in taxes they paid last filing season by their $3.1 million adjusted gross income.

Progressive tax system trims tax bill: The reason that neither the Gingriches nor most of us pay our top marginal tax rate is because our tax system is progressive.

That means that all our money is taxed at all the tax bracket rates into which it falls.

Let's use Jim and Jane Taxpayer's $200,000 gross income, which for ease of this example, we're going to say was knocked down via deductions, exemptions and credits to $175,000.

That still leaves them, barely, in the 33 percent tax bracket for the 2011 tax year.

It's $15,103 lower because to get to their final bill, Jim's and Jane's taxes are calculated at our tax system's progressive rates:

In reality, their top marginal income tax rate of 33 percent applies to the smallest chunk of their income.

So while it's fine to gripe that you're in a high income tax bracket, remember that you aren't paying that tax rate on every one of those dollars.