Frequent flier miles aren't taxable...unless there were part of a Citibank promotion

Thank you, Citibank, for muddying the tax waters when it comes to frequent flier miles. 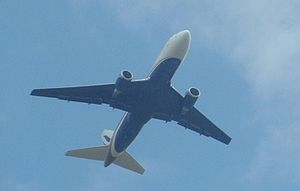 Folks who opened Citibank savings or checking accounts last year got some airline miles for doing so. Now they're getting some potential tax trouble.

The financial institution has sent them 1099-MISC forms, with copies to the IRS, letting the new customers know that the value of the miles they received is taxable income.

Tax-free miles until now: For ages, recipients of these points for patronizing a specific airline have enjoyed them as a tax-free travel perk.

That's because back in 2002 the Internal Revenue Service ruled that it "will not assert that any taxpayer has understated his federal tax liability by reason of the receipt or personal use of frequent flier miles or other in-kind promotional benefits attributable to the taxpayer's business or official travel."

Essentially, Uncle Sam said in Announcement 2002-18 that while he might have the right to consider mileage rewards as income, he's not going to do so.

Since then, frequent flier miles have been viewed as rebates, similar to the rewards points awarded by some credit card companies. And rebates are price reductions, not income, and therefore not taxable.

The IRS underscored that tax philosophy in 2010 when it decided that individuals could donate credit card rebates to charity. In that determination via a private letter ruling the IRS specifically noted that "A rebate received by a buyer from the party to whom the buyer directly or indirectly paid the purchase price for an item is an adjustment in purchase price, not an accession to wealth, and is not includible in the buyer's gross income."

"Not includible in the buyer's gross income." That's just what the card holders wanted to hear, since it means that they don't have to worry about paying taxes on the card rewards.

A prize, not a rebate: Not so fast, says Citibank. The financial institution says it is just following the tax law.

The miles were awarded to new customers for opening accounts. As such, they were a prize.

And everyone knows that the IRS gets to tax prizes and other such winnings, even if you didn't ask for them. Remember those cars Oprah gave to her estatic then tax-enraged audience members?

Technically, says Citibank, the miles were a gift and "when a customer receives a gift for opening a bank account -- whether cash, a toaster or airline miles -- the value of that gift is generally treated as income and subject to reporting."

And an IRS spokesperson agrees with Citibank. "When frequent flyer miles are provided as a premium for opening a financial account, it can be a taxable situation subject to reporting under current law," IRS spokeswoman Michelle Eldridge in an email to Time's MoneyLand blog.

Clarification coming? Notice Eldridge said "can be" and not that "it definitely will be considered" as taxable income.

The reason she might be hedging is that (a) these affected Citibank customers apparently are as ticked off about this move as were Bank of America clients who faced potential debit card fees and (b) at least one member of Congress has gotten involved.

While public outrage at tax laws is nothing new, sometimes it does have an effect on the enforcement of such rules. The 2002 frequent flier ruling is the most apropos.

But there's also the case of cell phones provided for business use.

Back in 2009, the IRS essentially threw in the towel when it came to rules requiring substantiating an employee's business use of employer-provided cell phones or other "similar telecommunications equipment."

The IRS had been fighting a losing battle in enforcing a tax law that was complicated, misunderstood and generally ignored by employers and employees. So IRS Commissioner Doug Shulman asked Congress to erase the tax on personal phone calls made on company-provided equipment.

Congressional interest: As for these arguably taxable frequent flier miles gift or prize, U.S. Sen. Sherrod Brown (D-Ohio) shot off a letter to Citibank CEO Vikram Pandit, citing the IRS' 2002 ruling on the tax-free status of such miles and urging the Citibank chief to "end this gratuitous practice."

"During these challenging economic times, middle-class families are pinching pennies to help pay for the cost of a flight to fly home from college, visit an ailing relative, or see friends. To some, signing up for a bank account in exchange for frequent-flier miles to help make a trip more affordable is an offer that is too good to resist," wrote Brown. "However, your actions are leaving working families with the seemingly incorrect impression that when they rack up miles, they are hiking up their taxes, too."

Will Congress take time to codify the tax-free status of frequent flier miles regardless of how they are received?

Will the airlines, who also might catch some backlash here, chime in on the side of their reward program customers?

Will folks who got 1099s ignore them, potentially inviting an audit because the amount they report on tax returns differs from the third-party data given by Citibank to the IRS?

Will the IRS issue a ruling to clear up this situation before the 1099 recipients file their returns?

Yep, I've got to say it again. Thank you, Citibank, for muddying these previously placid tax waters.

Don't Mess With Taxes is now optimized for readers on the go.
You don't even need an app. Just type in the regular dontmesswithtaxes.typepad.com URL on your smartphone or other mobile device and it will load in a format for smaller browsers.

Citibank CEO Vikram can be contacted via email at PanditVikram.Pandit@citi.com . I got a call right back and asked him for a corrected 1099-MISC with an "uninflated" value on the form. The 1099-MISC should reflect MARKET VALUE. I also called the IRS at 800-829-1040 to complain about CITI's 1099. They said the points are not taxable, but they are sending me specific written guidance within 2 weeks on how to report on my tax return. I will be closing ALL my citi accounts!

re Mike B's posting - I think the tax law determines charitable deduction based on what the charity receives, rather than what value the donor parts with, which is why you get much less deduction if you give 1/3 of a parcel to 3 charities (valuation discount). Still, it begs the question of whether there is an issue of reporting "no consideration" - the charity would be reporting honestly, though, since the "consideration" is coming from CC company, not charity. Typically, charities charge the donor the CC fee (1-2%), so they do net $100, but the reward back may be 2-3 times the charity's charge (Chase had a 5% reward for charities in 4Q 2011, but I think they cap the bonus), so donor might pay $102, get deduction for $100, and be net $97 after "reward".

Nothing like generating good will with your clients'; very good Citibank. I wonder if they included in the promotion any disclosure that they were going to report this promotion as taxable income? Nah, did not think so. And even if they did, it would be buried in some fine print that nobody reads. Just incredible. Yeah, CitiBank for having your customers back!

I think the first two posts have misunderstood the issue. The question is how much did you have to spend in order to earn the reward?

If all you have to do is park money and not spend a cent, then your reward is income. You spent nothing to earn 25,000 points.

Now, what the other two posters have said about rebates is true. If you have to SPEND in order to earn the rewards, they are a rebate. If you have to spend $3,000 to be rewarded $500, that is a reward (e.g. Chase Sapphire Preferred).

The only time I think this issue is muddied:

1) Citi's valuation of points is pulled out of thin air rather than using something tangible like their own ThankYou points program. 25,000 points in this instance would actually be $175 (0.7 cents per point) vs $625 (a BS rate of 2.5 cents per point).

2) When spend requirement does not exceed the bonus. For example, when a bank requires you to make three debit transactions to earn $50 sign-up bonus, but your three highest debit spend was $10.

Though this gets at a different issue -- the impact of credit card perks on tax-advantaged payments. If I make a $100 donation to a charity on a credit card that gives me 2% cash back, have I really made a $98 donation? Every document I'll have at the end of the year says $100, but my net out of pocket is only $98.

What about a medical expense? The $100 bill counts against my deductible, and the FSA automatically sends me $100. But my net payment was only $98. Have I over-drawn from my FSA? But there's no way to take less from the FSA....

And what if it's not straight cash back, but miles or points, with no clear mapping to USD, as in this case? Credit card perks are thorny tax issues regardless.

Honestly, Citi, really? Could you really make yourselves look any more (LESS) attractive as a business?