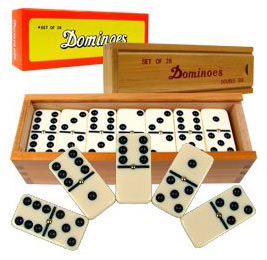 Indiana Gov. Mitch Daniels announced on Monday that his state has reached an agreement with Amazon.com that will require the online retailer to start collecting sales tax on products sold to customers in the Hoosier State.

But just like the previous Amazon state-by-state deals, the actual tax collection is delayed.

As in most of the other state tax collection cases, Amazon got an implementation delay by agreeing to build job-providing warehouses in the tax-hungry states. Amazon has three operational distribution centers in central Indiana; last summer the company announced plans for a fourth.

But the official reason for the delay, according to both the governor and the company, is that Amazon needs that time to work out the mechanics of collecting Indiana taxes.

Brick and mortar skepticism: Some folks don't believe that.

"They have the technical capability to do this now," Grant Monahan, president of the Indiana Retail Council, told the Indianapolis Star. "Why wait two years to solve the unlevel playing field that exists in the retail sector between bricks-and-mortar stores and online retailers?"

In a teleconference with reporters, Monahan pointed out that Amazon already collects taxes in five states. In February, Amazon began collecting in Pennsylvania and in September it will begin tax collection on California sales.

Waiting on the Washington: Federal legislation to streamline the tax collection process across all states has been introduced.

Amazon supports that effort and the company president said it asked for the 2014 date in Indiana in order to give Washington, D.C., time to act on the bills.

In announcing the deal with Amazon this week, Gov. Daniels also said he will push for federal sales tax action.

"The only complete answer to this problem is a federal solution that treats all retailers and all states the same," Daniels said in a statement. "But for now, Amazon has helped us address the largest single piece of the shortfall and we appreciate the company working with us to find a solution."

Of that total, the State Budget Agency and Department of Revenue figure that sales tax remittal by Amazon would come to approximately $20 million to $25 million per year.

So tired of this lame unlevel playing field argument. Who is stopping the B&M from selling online? When is the last time Amazon pulled a false alarm in Indiana? Never. Enforce the existing laws that require each buyer to remit use tax. Don't like it? Change the law then.