It seems that members of Congress are Loverboy fans.

When it comes to getting their work done, they've decided to work for the weekend and do just enough right now so as not to ruin their Saturday and Sunday.

Word from Washington, D.C., is that the House will pass a one-week continuing resolution to keep the government open Friday, along with a $1 trillion nine-bill spending omnibus bill.

Meanwhile, over on the Senate side, Majority Leader Harry Reid (D-Nev.) and Republican leaders reportedly are about $90 billion apart on a deal to extend the payroll tax holiday.

To give themselves time to bridge that gap, Reid and Senate Republican Leader Mitch McConnell (R-Ky.) are working on a back-up plan: a two-month extension of the payroll tax cut, unemployment benefits and Medicare reimbursements for doctors.

Sure, for workers who are counting on keeping the income produced by the 2 percentage point cut. The deal would keep, temporarily, the Social Security payroll tax rate at 4.2 percent instead of letting it return on Jan. 1, 2012, to its normal 6.2 percent rate.

And the political reality is that the lower payroll tax rate (and accompanying provisions) will likely be extended through all of 2012.

Delaying the inevitable political battles: But it just sets up more political fights down the road.

Actually, the fights might not be that far off.

Although the Senate is talking about a two-month time frame to deal with the payroll tax et al issues, House Speaker John Boehner appears to be spoiling for a political battle sooner than that.

The Ohio Republican made that clear this morning when, during a brief press conference, he said (per The Hill newspaper's report), "that if the Senate sent back [to the House] a two-month extension of the payroll tax and unemployment benefits, the House would make changes. He guaranteed that re-inserting the Keystone provisions would be one of those changes." 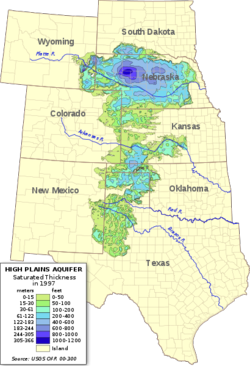 Pipeline problems: Keystone, as you recall, is the controversial oil pipeline that would run from Canada through America's midsection, ending at the Texas Gulf Coast.

The GOP, which wants the project fast-tracked, says the pipeline will create jobs and help lessen American dependence on foreign fossil fuel.

Opponents worry about potential environmental damage if there's is problem along the route that would go through migratory bird habitat and across the Ogallala Aquifer, which spans eight states, provides drinking water for two million people, and supports $20 billion in agriculture

Obama has delayed pipeline consideration until 2013. The GOP-controlled House added language to the payroll tax cut bill to force the president to approve a pipeline plan sooner. Obama has threatened from the get-go to veto any bill with pipeline provisions.

So while might Congress indeed get a break this weekend, Boehner and pipeline proponents could have everyone on Capitol Hill working through, not for, the rest the weekends in 2011 and beyond to hash out a final payroll tax cut deal.