Payroll tax cut in place, but just through February 2012 ... for now

The Senate this morning followed through on its threat -- I can't bring myself to refer to anything that either body of this Congress says or does as a promise; that's just way too positive a term for how lawmakers now minimally conduct their business -- and extended the 4.2 percent payroll tax rate for two months. 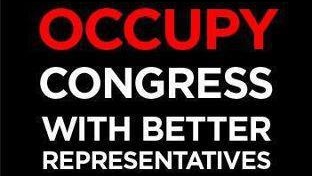 The vote was 89-to-10 to keep the payroll tax at its current reduced rate through February.

The deal also contains a provision, known as the "doc fix," that sets reimbursement rates for Medicare providers, as well as a two-month extension of unemployment insurance benefits.

The president, who wants to postpone a decision on the controversial oil transport method, now must make a decision on the project within 60 days of the bill's enactment. That effectively means, say Washington watchers, that the pipeline will be killed, as Obama is expected to refuse to issue a permit.

Of course, that really doesn't matter to the Republicans who strong-armed the pipeline into the payroll tax bill.

They have their vote on the project and the presidential refusal to give it a green light works out better for them as campaign fodder in 2012. Those jobs that would be created by the building of it are just as effective for candidates regardless of whether they're real -- "See what we got you!" -- or not -- "We tried, but the Democratic White House killed them!"

Cynical much? Yes, although I like to call myself realistic.

So if the House, which is expected to vote on the two-month extension next week OKs the deal (although with these folks, approval is not a foregone conclusion), we'll be back here in early 2012 to fight the same payroll tax, unemployment and Medicare battles as before.

Making other jobs more difficult: In the meantime, company payroll administrators and the firms to which most outsource the job, along with the IRS, will be stuck with officially makeshift rules.

The tax agency, however, is used to dealing with lawmakers who refuse to do their jobs in a timely manner. So it also issued a warning:

But again, that's not the concern of Congress. Representatives and Senators have always had a tough time grasping the pragmatic effects of their actions.

We had a similar situation around this time last year, when Congress waited until the 11th hour to approve the original payroll tax cut, leaving companies, the IRS and workers scrambling then, too.

Yep, the second session of the 112th Congress, following in the footsteps of its about-to-end chaotic first session, is shaping up to be one of the messiest ever.

But as the Occupy Congress image appearing at the top of this post notes, maybe after Nov. 6, 2012, we won't have to worry for much longer about some of the members of Congress responsible for these shenanigans.

1. Cut your cable subscription to “basic”. We did that a few years ago and have saved $900 per year.
2. Cut your dining out and bar room tabs by going out less often and eating [and drinking, if needs be] at home. You will be shocked…shocked by how much you save. You could save the entire tax cut on this item alone.
3. Stop buying all the junk you buy at malls. Consumer goods sold in this country have fallen terribly in quality and are for the most part cheap plastic junk made by child slave labor in third world countries.

Who do you think owns the businesses that sell this junk to you? It is the 1% we keep hearing about. RICH PEOPLE DON’T BUY THINGS…THEY SELL THINGS…TO PEOPLE SUCH AS YOU. Your continuing to buy this junk is what keeps you in the 99%. You keep yourself poor.

Put your savings into an IRA and resolve to keep doing this, year in, year out. How do you like being broke all the time? Being broke is not only embarrassing and inconvenient; it can be fatal.

I’ve been an attorney dealing with trust and estate clients for over 30 years. I’ve seen the habits of wealthy people. I’ve seen how they’ve got and remain wealthy and I share some observations with you.

Remember: A. Rich people don’t buy things, they sell things.
B. There is no future whatever in spending money but there is a splendid one in saving and investing it.

what a great observation, Revanche, on how Congress operates (using the term loosely): "a massive game to people who fail to remember that it is in fact, not really a game." Thank you!

You know, I couldn't call it cynical either. It's sickening but the way politics are conducted turns it into a massive game to people who fail to remember that it is in fact, not really a game. I have never seen a body with so much responsibility and potential less inclined to conduct itself in a manner conducive to achieve a job thanks to personal interests. It's a shame, really.