Payroll tax cut extension is back!

The payroll tax cut is back! 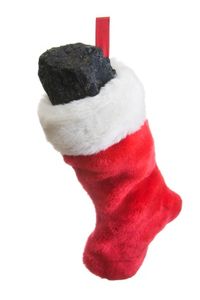 That's good news for Santa, who now can send back most of the coal he ordered for House Republicans who blocked a short-term extension of the payroll tax cut, Medicare payments to doctors and unemployment benefits that are set to expire on Dec. 31.

And it's even better news for the 160 million workers who would have seen a tax increase next year and the millions who are out of work and depend on unemployment benefits.

But it's not such good news for House Speaker John Boehner (R-Ohio) and the hard-line segment of his party who originally rejected the Senate deal.

Back with a few tweaks: Boehner capitulated announced the deal after speaking via conference call this afternoon with his GOP colleagues to get their assurance that they'll essentially accept the Senate's two-month deal.

Senator Reid and I have reached an agreement that will ensure taxes do not increase for working families on January 1 while ensuring that a complex new reporting burden is not unintentionally imposed on small business job creators. Under the terms of our agreement, a new bill will be approved by the House that reflects the bipartisan agreement in the Senate along with new language that allows job creators to process and withhold payroll taxation under the same accounting structure that is currently in place. The Senate will join the House in immediately appointing conferees, with instructions to reach agreement in the weeks ahead on a full-year payroll tax extension. We will ask the House and Senate to approve this agreement by unanimous consent before Christmas. I thank our Members – particularly those who have remained here in the Capitol with the holidays approaching – for their efforts to enact a full-year extension of the payroll tax cut for working families.

This GOP change of mind if not tax policy heart was one of the ways to solve the payroll tax impasse, but it actually happened a bit more quickly than most -- OK, than I -- expected.

And it was obvious from Boehner's press conference remarks this afternoon that he's not thrilled with the result of what he termed a "good fight." He repeatedly characterized the Republican House's position as "doing the right thing for the right reasons."

What happens now? The plan is for this deal to be approved by the unanimous consent procedure that doesn't require all lawmakers to actually return to Capitol Hill. That could be done by Friday.

If, however, unanimous consent is not possible, Boehner said he would call the House back to D.C. for a roll call vote next week.

The compromise, two-month deal is sure to pass if a full House vote is required -- the Senate deal would have been OK'ed earlier this week if Boehner had let it go to a vote -- and the extension would be enacted before the Dec. 31 deadline.

Then we have Sen. Minority Leader Mitch McConnell (R-Ky.), who brokered what he thought was a House Republican approved deal with Majority Leader Sen. Harry Reid (D-Nev.). When most of his party's Representatives unexpectedly rejected the Senate deal, McConnell held his tongue…until today.

That's when McConnell issued a brief statement calling on the House to approve before year's end the Senate's two-month extension.

House freshman House members who headed back home after shunning the payroll tax extension also weighed in urging a short-term deal after getting earfuls form their constituents.

Rep. Rick Crawford, a first-term Arkansas Republican, in a letter sent today to Boehner asked the Speaker "to let the House vote on extending the payroll tax holiday."

And then we got the political coup de grace. Karl Rove, the man who masterminded George W. Bush's political career, today essentially piled on Boehner et al, saying it's time for his party's hard liners to give in on this fight and move on.

Rove told Fox News that Republicans "have lost the optics" on the payroll tax issue and "the question now is how do the Republicans get out of it."

"The only way to win it is to just stick there and ruin their own Christmases and wait until the president heads off to Hawaii for his, and then lambaste the Democrats for having abdicated their responsibilities to pass a year-long tax cut," Rove said.

Apparently, the thought of a ruined Christmas was too much to bear.