The IRS has cleared one of the biggest hurdles to improving annual tax return processing: technology.

That means the agency's goal of a real time tax system is one step closer.

The IRS' computer operations have improved enough to allow it to make fundamental changes in how taxes are filed, according to IRS Commissioner Douglas Shulman.

The commissioner made that announcement yesterday at the first public hearing on his agency's plan to eventually deal with tax returns in an immediate real time filing system, rather than via notices issued weeks, months and even years later as is the case under the current IRS look back processing system.

Shulman has been touting real time tax processing for a year, highlighting the benefits in several speeches.

Thanks to the upgrades to the IRS computer system, Shulman said that in the upcoming 2012 filing season the agency expects to process all returns on a 24-hour cycle, instead of a weekly cycle.

The next goal is for the agency to collect 1099s, W- 2s and other tax documents before taxpayers file their full returns. 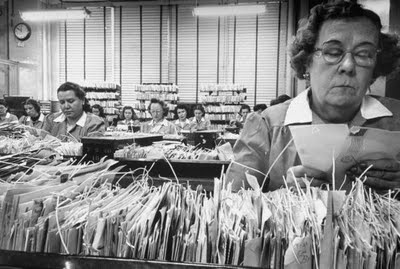 And that, said the commissioner, would reduce burdens on both IRS staff and taxpayers.

"I think the American people have a different kind of expectation," Shulman said, noting that people are now used to quick transactions with banks and other financial institutions.

Taxpayers also have expectations from tax preparation software, and representatives of that industry at the real time tax system hearing noted that IRS processing changes would have implications for them.

Any IRS changes "would require a significant investment in infrastructure and the ripple effect of implementing it would be far-reaching," Kathy Pickering, executive director of H&R Block's Tax Institute, said in remarks prepared for the meeting.

Requirements from outside the IRS: Patricia Thompson, AICPA Tax Executive Committee chair, said that her organization supports the overall objective of a real time tax system that resolves reporting discrepancies up-front and eliminates the need for millions of IRS contacts with taxpayers.

But she encouraged the IRS to focus initially on the simplest tax returns, such as Forms 1040A and 1040EZ  and minimize the potential burdens on taxpayers.

The agency also should work closely with key stakeholders, Thompson said, in the development and phase-in of the initiative in several stages.

And Lonnie Gary, chair of the Government Relations Committee for the NAEA, said real time document matching is currently impossible because the IRS does not necessarily receive information return data in time to perform matching during the filing season.

An aggressive due date for information return data to be matched is essential to avoid disrupting the filing season, Gary said.

Or, as the old saying goes, the devil is in the details.

That certainly was evident in this first hearing on real time tax processing. While it was clear that there is support for the concept, there's a lot of work left to be done before such a system can be implemented.

But at least it's a step toward speeding up and smoothing out an annual rtitual that bedevils not only us taxpayers, but the IRS as well.

LOL!!!! FILED MY RETURN IN JANUARY... still waiting for it to be processed.

Why is that when the government wants to take your money they can do it efficiently, but when it come to benefits it is the opposite? I get the impression that the IRS is run like an efficient private corporation.