Accounting for your income in the proper tax year

The bane of most self-employed workers are the myriad administrative tasks. I took care of one of those this weekend, finally matching some invoices that had piled up with the payments they produced. 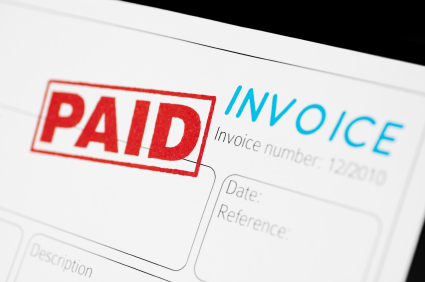 Photo by raphspam via iStock

Thankfully, everything was in order. I have one November payment still due, but I'm hoping that it shows up here in the next week or so.

The reason for wanting the money now isn't just because I have Christmas gifts to buy. It's because I want it in plenty of time to make sure that if the client is going to consider it 2011 pay, I get it in 2011.

Reconciling payments and their tax years can be a big headache. And it's a common problem for those of us dependent on the payment offices of others.

We often get checks dated Dec. 31 so that the payer can count it in that tax year, but we don't actually get the money until January.

Then we get a 1099-MISC for the just-past tax year that includes that late-December money in the annual payment total we received … even though we didn't actually receive it in that tax year.

Timing of payments and reporting them: As I mentioned in a post about this time last year about this very situation, you have some options.

The concept of constructively received income -- that is, when you had control over money -- allows you to argue that despite the date on the check, the funds weren't yours to spend until the next tax year.

That is, you didn't constructively receive the payment the same day the check was dated.

Given the slowness of the Postal System nowadays, you shouldn't have any issue making that argument. But I also hang onto the postmarked envelope as evidence of the date mailed. If it says Dec. 31, then it's pretty easy to extrapolate that you didn't get it that same day.

Or, as is the case with many payments nowadays, I save the email notifications that payment will be electronically made on such and such a date. Then I print out the transaction advice from my bank that notes when the money actualy appeared in my account.

You need to take these payment date precautions in case the payer of the Dec. 31 money includes it in the amount on this year's 1099.

If the money is enough to cause you some tax problems, such as pushing you into a higher tax bracket or messing up the amount of estimated and self-employment taxes you'll have to pay, you can correctly count it toward 2012.

But you'll need to make it clear to the IRS why the amount you're reporting as income is less than what's on the 1099 copy the tax agency got.

Planning for, and avoiding, late-year payments: Most of us who find that a client reported income in the wrong year usually just deal with it.

Unless it's a lot of cash, or you're very obssessive-compulsive about accounting, it's generally not worth the hassle to ask for a corrected 1099 from the payer or to deal with the IRS because your numbers don't match third-party reporting amounts.

You need, however, to be aware of the possibility that some money you get next year will be reported as income this tax year. At least then you can plan for it.

One final accounting suggestion: Don't send out any more invoices.

I do my billing at the end of every month except December. For projects this month, I send the bills in early January.

That way I don't have to worry about someone slipping in a late-year payment that could mess up my business account and tax filing numbers.

That can be a challenge to keep tax receipts in right years. I use simple folders