Everyone shares the blame for failure of the deficit super committee

Americans are spreading the blame around for the super committee's failure to reach a deficit reduction solution, according to a recent poll. 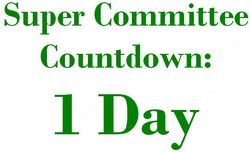 That finding is a fitting closure to the Super Committee Countdown series on this day that it was hoped a plan would be finalized.

Instead, both sides are as spinning as fast as they can to convince voters that it was the other party's fault that the Joint Select Committee on Deficit Reduction was unable to come to an agreement.

An Ipsos-Reuters poll conducted after it became clear that the bipartisan super committee was going end up with less than super results found that 19 percent of Americans blamed a combination of Democratic and Republican lawmakers for the panel's inability to agree on a deficit plan.

Twenty-two percent held a mix of lawmakers from both parties and Democratic President Barack Obama accountable.

Another unsurprising poll finding: Folks have a very dim view of Congress.

The president, however, came out better.

The online survey found that more than a third of Americans agreed with Obama's "balanced approach" to tackling the deficit, with 35 percent seeing a combination of cuts in existing programs and higher taxes as the best way to reduce the federal debt. 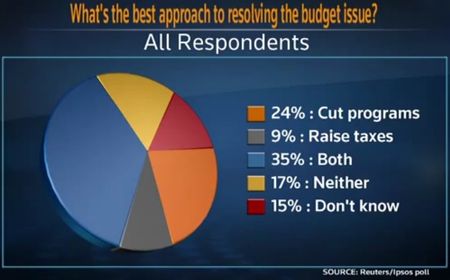 And when asked who was better equipped to resolve the U.S. debt crisis, Obama got a better rating than the leading GOP presidential candidates.

I always cringe when i hear the word "committee", it is a sign that little will get done and here is another prime example.