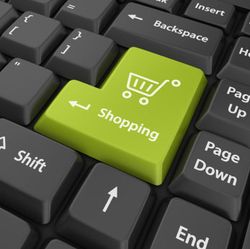 In 2010, money spent on the Monday following Thanksgiving was 16 percent higher than the previous years, according to eCreditDaily. That came to $1.03 billion, the first one-day spending total ever to exceed the billion dollar mark.

And that was 69 percent greater than Cyber Monday 2006, says eCreditDaily. In fact, since e-commerce activity tracking began in 2001, Cyber Monday 2010 ranked as the heaviest online spending day of the year.

Most expect this year's figures, even with a still sluggish economy, to be even better. The International Council of Shopping Centers projects that online shopping will account for 13 percent of November and December sales this year, up one percentage point from last year.

Taxable online sales: The big tax question is whether Cyber Mondays -- along with e-shopping the other 364 days of the year -- will suffer when/if etailers ever start collecting sales taxes?

I suspect there will be some drop off of online purchasing. But I also suspect it will be short-term, with tax protesters eventually returning to their keyboard buying because it's just so darn convenient.

There's been some progress by proponents of online sales tax collection in recent months.

A bipartisan group of Senators earlier this month introduced the Marketplace Fairness Act, legislation they say would level the playing field among online, catalog and bricks-and-mortar retailers. It's similar to the Marketplace Equity Act introduced in the House in October.

The federal so-called Amazon tax bills come on the heels of increased activity by states to collect from online businesses the sales taxes that state treasurers say are costing them billions.

Will federal efforts work? Should they? Many say that Uncle Sam has no business getting involved in the myriad tax laws administered by states.

While the federal bills offer lawmakers some interesting talking points, especially while on the 2012 campaign trails, I doubt the bills will go very far, again because of the upcoming election year.

And even when you take the re-election motives out of the equation (yeah, I know; I'm laughing, too), Senators and Representatives have a lot of other more pressing, and strictly federal, issues to worry about in the coming months.

Cyber shopping tips: If you're going to order tons of stuff today, The Street lists nine websites it says do Cyber Monday right.

It is silly to build tax layers on top of already existing tax laws. Use tax just needs ENFORCEMENT! Instead, the burden is put on retailers and wasting many hours on unnecessary paperwork.

It is simple. You know the BILL TO and the SHIP TO. If you want to collect use tax, just compare the two and collect if appropriate. All of this could be easily automated through the financial processors. All government has to do is set up a triple play. Each transaction is split three ways: