Tanning tax rules subject of IRS hearing; Will Boehner, Snooki be there?

Where might you find the Speaker of the House of Representatives and an MTV reality program star this Tuesday, Oct. 11? At an Internal Revenue Service hearing on the indoor tanning services excise tax.

OK. Rep. John Boehner and Snooki probably won't be there when the tan tax proceedings kick off this morning in the auditorium of the Internal Revenue Service building in Washington, D.C.

But it definitely would be cool if the two most famous bronzed Americans showed up to officially talk tanning and taxes.

They wouldn't necessarily have to testify, although I'm sure the Jersey Shore guidette would have plenty to say and the GOP leader might even tear up a bit. Just a walk through of the hearing would add some real spark and glamour to the D.C. proceedings.

I suspect, though, that IRS officials and hearing attendees will have to make do with drier feedback on the tan tax regulations. 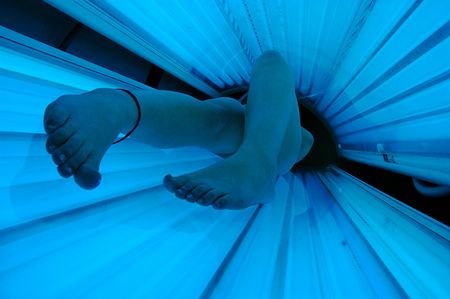 The excuse rationale by Congress was that artificial tanning posed a health problem, specifically the potential of increased skin cancer.

The truth is tanning was deemed a "sin" that could be more easily taxed than the more organized (meaning "makes more political action campaign contributions") cosmetic surgery industry, which was the initial money-raising target.

Temporary tanning rules: The IRS issued temporary and proposed tan tax rules last summer to alert businesses of the implementation of the tax, which took effect on July 1, 2010. The regulation details are in the June 15, 2010, Federal Register; they start at the bottom of the third column on page 33683.

The new tax applies to "qualified indoor tanning services." Essentially, these are tanning beds that operate with ultraviolet lamps.

The excise tax is imposed on the total amount paid by customers getting the fake glow. The tanning provider must collect the tax from the client and then send it to the Treasury in filings of Form 720, Quarterly Federal Excise Tax Return.

Where fitness center or gym membership fees include indoor tanning services, the tanning is treated as incidental to the fitness facility's primary business and the tanning tax is not applied.

Some medical procedures that employ ultraviolet treatments also are exempt from the excise tax. These include phototherapy treatment of dermatological conditions, sleep disorders, seasonal affective disorder or other psychiatric disorders, neonatal jaundice and wound healing.

But just like the tans, the regs are temporary. Before the IRS issues its final rules, it's getting input today from the public.

Wide range of concerns continue: Among the tax testimony submissions for today's tanning tax hearing are comments on confusion on whether free tanning services are subject to the tax, concerns about the tax's administrative burdens on small businesses and the deleterious effects of the tax on businesses, many of which have closed in the first year the tax has been collected.

Some of the testimony could lead to IRS tweaking of its current temporary tan tax rules, perhaps in time for the 2012 beach season preparations.

While we await the final rules, we also can check out the IRS' handbook what auditors should look for when they examine businesses charged with collecting the tan tax.