Be sure to count all your deductible charitable donations

The local NPR station here in Austin, KUT FM, just finished its fall fund raising effort. But being a public radio outlet, the channel is always on the lookout for more money.

A regular ad on KUT is one seeking vehicle donations.

Giving away a car, however, is not as easy as it once was.

When the hubby and I handed the title and keys of our AMC Pacer -- yes, it was a second car we bought used so that we each had a bit more automotive independence -- over to the Washington, D.C., area Goodwill office back in the mid-1980s, donating an auto and then writing it off was a snap. We simply used the Kelley Blue Book value as our deduction amount. 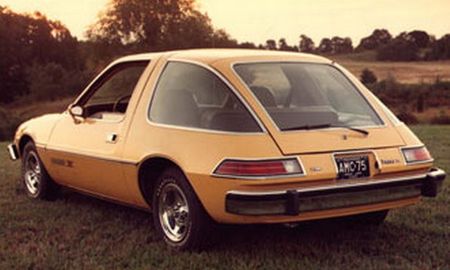 Despite its clunky looks, Larry -- yes, we name our cars -- served his purpose well. And he was in decent shape, mechanically if not aesthetically, when we donated him so we got a decent charitable write-off on our Schedule A.

Getting tougher on vehicle tax deductions: But a lot of people tended to pad the price of their donated cars. So the auto donation tax law was changed in 2005.

Now the amount that you can claim as an itemized charitable deduction depends in part on how the qualified charity uses the vehicle. Generally, though, you're limited to a $500 deduction.

Or if the organization sells the auto, your deduction depends on the price that the nonprofit got for the auto.

The charity must send you a statement with the details so that you'll know how large a deduction you can claim. So auto donors essentially are giving away the machine without a firm idea of its tax value at donation time.

Still, the option remains. And some folks find donating is preferable to selling a junker and then having the new owner keep bugging them about issues with the vehicle. 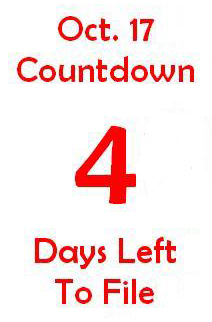 Auto donations, as well as gifts of other motorized vehicles, such as trucks, motorcycles and boats, are just one of the out of the ordinary donations available to taxpayers.

Making charitable mileage count: Another auto-related write-off is the deduction for miles driven for a charitable cause. Keep track of the miles for the Girl Scout troop field trip or delivering meals to shut-ins and then multiply the total by 14 cents. That's your deductible amount.

Remember, though, that the value of your time that you give to a charity is not deductible.

Donating stock: If you gave a charity some stock that had appreciated but that no longer fit into your investment strategy, that's a nice deduction, too. This works particularly well with long-term assets, those that you've owned for more than a year.

The nonprofit gets the stock to do with as it sees fit with no tax complications, you've rebalanced your portfolio without owing any capital gains taxes and you get the charitable deduction of the long-term asset's value.

Help out your poor Uncle Sam: Paying extra to help reduce the federal deficit has gotten a lot of attention of late in the wake of Warren Buffett's "tax me more" op-ed article back in August.

Many folks, mainly Republicans on Capitol Hill, noted that Buffett didn't have to have lawmakers force him to pay more. Buffett -- and anyone else -- already can give as much as they like to help reduce the national deficit.

And that deficit donation is a deductible charitable gift.

If you took advantage in 2010 of any of these more unusual ways to donate to charity, be sure to include them on your return that's due Monday, Oct. 17.

If you've already filed, consider some of these out of the ordinary deductible charitable gifts in 2011.

Final tax-filing tips: Did you miss any of the previously posted last-minute filing tips? You can find them at the special Countdown to Oct. 17, 2011, blog page.

Awesome information! I have been looking around for a while to donate my car but I have been worried about the deducible. I am glad you are informing your readers to become aware of the trials of vehicle donation. Luckily, after all my research I found a charity that gives the proceeds to job training in the community. The charity interested me because the program was an innovative way of contributing. I was glad to find a vehicle donation charity that was properly established. National Charity Services was my choice because it was legitimate and is federally approved. They provide 501(c)(3) documents when you want to claim your deduction.
Like you said, donation laws are becoming tougher and tougher. I want to help the community either way which is why I chose National Charity Services. This charity helps the community and will make the process easier. Proper job training is important in this job climate. These are exciting opportunities for the many with little job training. I am now confident that I was careful when my donation was claimed.