A lot of taxes, but not a lot of trees

When I was in Washington, D.C., there was a breakfast group called Behind the Tree. It was comprised of a wide variety of tax professionals -- corporate government relations specialists, lobbyists, tax attorneys -- who regularly met to discuss tax issues.

You know, the city's many tax wonks.

One of the great things about the group was that the membership represented the full political spectrum. Republicans and Democrats and the stray Independent all gathered in a collegial way to stay on top of the ever changing, even back then, tax code. Speakers at the early morning get-togethers were often Capitol Hill tax staffers and tax-writing lawmakers themselves.

The group's name came from the famous quote by the late Louisiana Democratic Sen. Russell B. Long:

Don't tax you, don't tax me,
tax that fellow behind the tree. 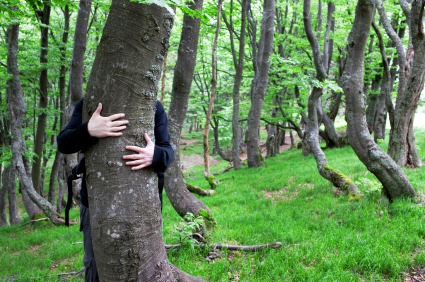 Photo by borchee via iStock

Yep, in that inimitable way of many Southerners, Long wittily enunciated the problem with tax breaks.

Everyone loves their tax breaks, from individuals and companies that claim them to the Representatives and Senators who create them. And they want to tax someone else to save their own favorite tax benefits.

The problem, though, is that there no longer enough trees behind which we can find potential tax targets.

If true tax reform and deficit reduction is to ever be achieved, you and me and that man (or woman) behind the tree will all have to pay.

But that message still isn't resonating in the nation's capital.

Today's New York Times reports that "plenty of lawmakers are against tax breaks and so-called loopholes. Unless, of course, they personally helped create them."

Among the tax breaks being fought for are:

Those are just two special tax breaks that lawmakers are loathe to kill or want to add.

The paper notes that tax breaks for both large and small industries add up to an estimated $123 billion a year. That's obviously an amount that's got to look pretty inviting to the Special Committee on Deficit Reduction as it searches for ways to come up with a plan by Nov. 23.

Working within a skewed system: It's easy to blast members of Congress for continuing to pile on the tax breaks while simultaneously pontificating about tax fairness and the critical need to dig the country out of debt.

But the truth is that Represntatives and Senators are simply doing part of their jobs. We have a representative political system. That means you do what your constituents want. If you don't, you don't get re-elected.

And a critical tax break in Texas is a budget busting waste to residents and lawmakers in the other 49 states. That behind the tree thing again.

So what do we do?

First, we've got to get honest, both on Capitol Hill and in every household and company across the country.

We've got to realize that people often have legitimate, honest reasons for wanting a tax break. They're not evil wastrels trying to bring down the country by sponging off it via the tax code and subsequently burying America in debt. They are just trying to make what works for them work a bit better. That's not just the American way, it's human nature.

That said, some -- OK, a lot -- of us are going to have to also be honest about just how much federal tax help we need or should get. If we're that desperate, if we can't keep our business afloat or buy a house do whatever without a tax cut or deduction or credit, then maybe we need to rethink what we're doing.

And members of Congress have to get beyond the political portion of their jobs and do the other thing for which they were elected. You remember that. It's where they work together for the good of the whole country, not just to keep their offices in Washington, D.C.

Basically, we're all going to have to give up something.

Really talking about taxes: Honest dialog is the first step, but it's a critical one and we need to start talking clearly and soon. So let's start here.

What do you think is the biggest tax waste? What tax break do you want the super committee to erase from the Internal Revenue Code?

Similarly, which tax benefit do you think has to stay on the books?

Personally, I'm all for getting rid of the Social Security earnings cap and collecting FICA on every penny a worker makes. Many years ago when the earnings cap was lower and the hubby had a particularly good year, we benefited from not having this tax withheld once he hit the income cap, but it seemed wrong to me then and it still does.

As for the one I want to keep, I want the mortgage interest deduction on a primary residence to stay. That's a very nice itemized tax deduction each year for the hubby and me. But I say eliminate it for second homes.

What tax breaks do you want to ax and which would you keep? Please let me and other readers know by leaving a comment below.

Maybe our discussion can serve as an outline for those folks up in D.C.

I'd like to see Social Security/FICA completely axed. I'm decades from collecting any of it, and the thought that I need the government to help me finance my retirement is ridiculous and insulting. I'm not planning on it to help me at all. This country needs to promote more fiscal responsibility in citizens instead of the hyperconsumerism philosophy that permeates our culture.

The one I think should stay around is the charitable contributions. I'd give what I give without it, but it does encourage generosity rather than selfishness.