Warren Buffett may want to pay more taxes, but his company doesn't

I like Warren Buffett. And I wish I had even a fraction of his wealth so I could buy stock in his company Berkshire Hathaway.

But despite all his riches, I feel a little bit sorry for Buffett right now.

The Oracle of Omaha is still catching heat for his statement a couple of weeks ago that he and fellow millionaires and billionaires should be paying more income taxes. 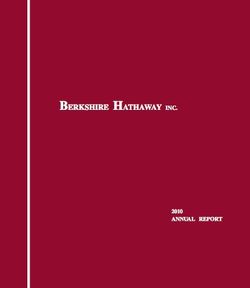 The company acknowledges in its 2010 annual report that it is working through Internal Revenue Service issues for tax years 2002 through 2004 and 2005 through 2009.

We file income tax returns in the U.S. federal jurisdiction and in state, local and foreign jurisdictions. We are under examination by the taxing authorities in many of these jurisdictions. With few exceptions, we have settled tax return liabilities with U.S. federal, state, local and foreign tax authorities for years before 2002. We anticipate that we will resolve all adjustments proposed by the U.S. Internal Revenue Service ("IRS") for the 2002 through 2004 tax years at the IRS Appeals Division within the next 12 months. The IRS has completed its examination of our consolidated U.S. federal income tax returns for the 2005 and 2006 tax years and the proposed adjustments are currently being reviewed by the IRS Appeals Division process. The IRS is currently auditing our consolidated U.S. federal income tax returns for the 2007 through 2009 tax years. It is reasonably possible that certain of our income tax examinations will be settled within the next twelve months. We currently believe that there are no jurisdictions in which the outcome of unresolved issues or claims is likely to be material to the Consolidated Financial Statements.

Buffett bashing, take two: A second round of Buffett bashing came after he announced a $5 billion investment in Bank of America stock.

A Wall Street Journal editorial characterized the move as "another tax-avoidance triumph for the Berkshire chief executive."

The newspaper's assessment was based on the fact that U.S. corporations are subject to a top federal income tax rate of 35 percent, but that "Buffett and the Berkshire bunch won't pay anything close to that on their investment in BofA preferred shares."

Buffett quickly countered that the WSJ's calculation of an effective tax rate of 10.5 percent on the $300 million in dividends his company will receive each year from Bank of America was wrong. Because the way the shares will be held, Berkshire Hathaway will face a 14.175 percent tax rate.

Cutting Buffett and his company some slack: Yes, 14.175 percent is substantially lower than the top corporate tax rate of 35 percent. But Berkshire Hathaway is a public company and part of its job is to make shrewd financial and tax moves for its investors.

As long as there are legal ways to reduce a corporation's taxes, then all companies deserve to -- and in the eyes of their shareholders must -- claim them.

And at least Berkshire Hathaway didn't end up on the Institute for Policy Studies list of companies that pay their CEOs more each year than they pay in taxes.

As for the company's almost 10 years of tax disputes with the IRS, that too is standard operating procedure.

In both business and individual tax situations, if the tax man says you owe more than you think you do, you're entitled to dispute that assessment. To not do so is just plain stupid.

So go ahead and think Buffett is crazy for wanting to pay more personal income taxes.

But what Buffett wants on a personal tax level is unrelated to his company. He has a responsibility to Berkshire Hathaway, which in turn reports to its shareholders. To fulfill that fiduciary obligation, Buffett and his company are not doing anything wrong by trying to get the best, legal low-tax outcome possible.

I have to agree with sophie, big companies should not be exempt from paying taxes. Your right for feeling a little sorry for Warren Buffet, but If the company he owns does not want to pay more taxes what's he suppose to do? Pay them. Good article.

Why do corporations think they are exempt from paying taxes? It's most irritating because they have so much money.