When the classic board game Monopoly was created during the height of the Great Depression, its streets were named after the thoroughfares of Atlantic City, N.J.

The residents of Monopoly City are proud of their game-related fame. In 1972, when the Commissioner of Public Works threatened to change the names of Baltic and Mediterranean Avenues, public outcry in the barrier island resort put an end to that bad idea.

Nowadays there are hundreds of Monopoly editions specialized for other cities, as well as tweaked to tie into movies, television shows, sports teams (we own a NASCAR version) and other pieces of pop culture. There's even an electronic banking Monopoly game.

While Hasbro (yes, the original Parker Brothers manufacturer was long ago subsumed into corporate entities that bought it and its games) might be working on a version for today's stressed economy -- Chance cards dealing with foreclosure, perhaps? -- it's fun to look at how the game started, especially when there are some tax connections.

Dana Fred Ryman has a collection of vintage Monopoly game cards. Before the game's makers settled on the Rich Uncle theme, Uncle Sam had a pretty prominent role.

He pops up for some who land on Community Chest bearing an income tax refund. 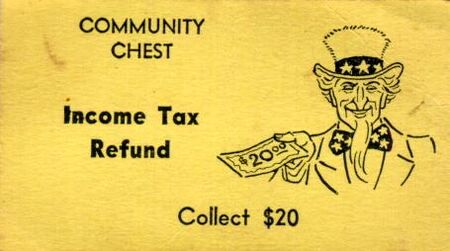 School taxes also appear in the early version of the game. 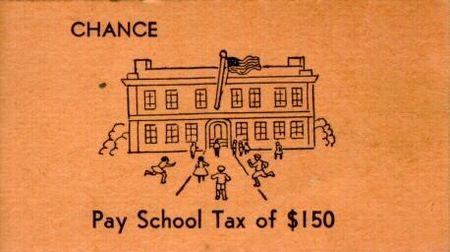 Another financial life event gets a nod from a Community Chest card awarding game players a $100 inheritance. 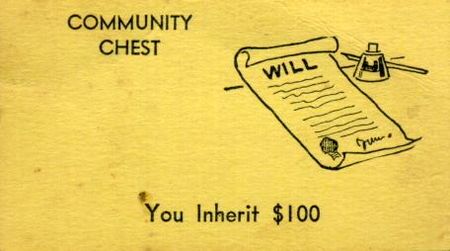 Remember, inherited assets aren't taxable on the federal level, but some states do levy inheritance taxes. And Uncle Sam does get his due via capital gains taxes when you sell your bequest for a profit.

Speaking of taxable profits, the very early Monopoly game had a card for stock sales, too. 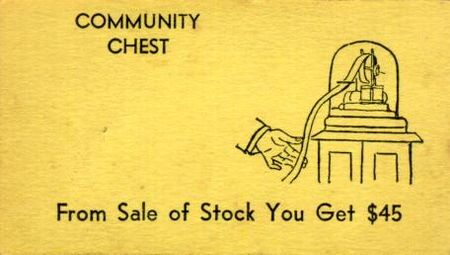 And don't forget about the tax you owe on earnings from other investments, like this Chance card's bank dividend. 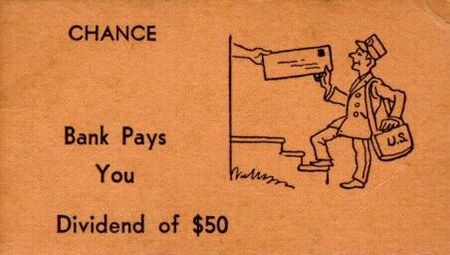 If, however, your portfolio goes bust, you might have to pay the poor tax, at least in the Atlantic City of Monopoly. 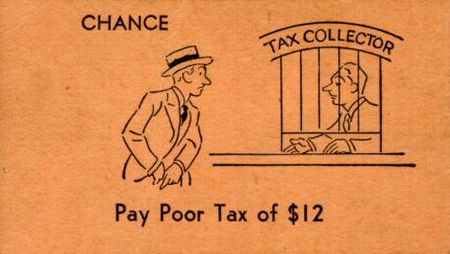 And while it's not referred to as a property tax, players who own houses and hotels and who draw this Chance card are assessed for street repairs. 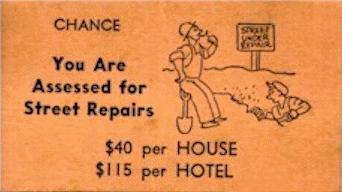 The early version of Monopoly had many of the cards that modern day players still see, such as Go to Jail, Advance to Go and Bank Error in Your Favor.

But it had a lot that were representative of the era, such as Your Building and Loan Matures (it makes me want to see It's a Wonderful Life again), as well as a card that gold bugs then and now hate: 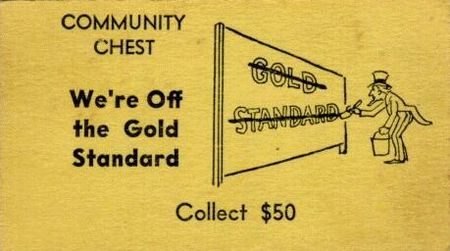 Thanks Charles B. Darrow and Parker Brothers for such an enduring game.

Thanks Dana Fred Ryman for sharing your wonderful Monopoly vintage game cards. Thanks, too, to Dan Ray of CreditCards.com for bringing them to my attention.

And thanks Atlantic City, N.J., for being the inspiration for so many hours of non-gambling fun.