Texas is burning while the eastern half of the country is flooded. And those are just the latest weather happenings.

In cases where severe weather wreaks total havoc, a major disaster is declared. Unfortunately, this happens way too often, meaning I blog about the tax implications of catastrophes over and over and over again, most recently in discussing the wildfires here in my home state. 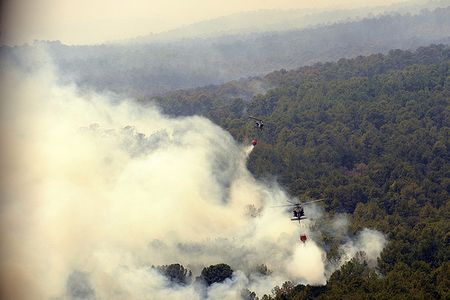 The same designation is likely in the works for parts of Pennsylvania swamped by remnants of Tropical Storm Lee.

It takes the Federal Emergency Management Agency some time to evaluate the many situations across the country and make its recommendations for relief. That process is why declarations in connection with Hurricane Irene are still coming in.

Since my post a week ago about Internal Revenue Service announcing relief to Eastern Seaboard residents dealing with that tropical system's damages, the IRS has added more cities, counties and states to the Irene list.

Now some taxpayers in Connecticut, Massachusetts and New Hampshire get some extra filing time. In addition, some new areas have been added to previous disaster area designations.

Available tax relief: In each of these areas, deadlines for several tax filings have been extended to Oct. 31.

For instance, says the Internal Revenue Service, most tax due dates falling on or after Aug. 29 and on or before Oct. 31 have been postponed to Oct. 31.

And if you file estimated taxes, the third payment normally due on Sept. 15 also is postponed until the end of October.

In addition, the IRS also is waiving the failure-to-deposit penalties for certain employment and excise tax deposits due from businesses.

Taxpayers who live or have businesses outside the covered disaster areas but who sustained storm damage should call the toll-free IRS disaster hotline at 1-866-562-5227 to request tax relief.

And, as noted, other locations could be added in coming days after additional damage assessments by FEMA.