William H. Millard has flying under the radar for the last 20 years. But the former tech tycoon's secluded life apparently is about to be exposed, much to the delight of tax officials. 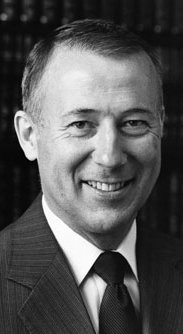 The ComputerLand Corp. founder sold that company in the late 1980s and then soon after dropped out of sight.

But that didn't keep Millard from allegedly racking up an unpaid tax bill totaling more than $100 million.

Millard's destination after selling his business was Saipan in The Northern Mariana Islands, a U.S. commonwealth.

Income he received while on that Pacific island, where he was last seen in 1990, is at the heart of the alleged tax debt.

Northern Mariana's tax officials now have tracked Millard to, fittingly, a Caribbean tax haven. The Wall Street Journal reports that Millard and his wife are living in a Grand Cayman Island estate.

Meanwhile, tax investigators, with help from a New York law firm, are hoping that once they untangle a network of more than 50 shell companies, trusts and bank accounts linked to Millard, they'll be able to collect the millions in taxes he allegedly owes.

As for that huge tax bill, it's reportedly a surprise to Millard. One of Millard's former attorneys told the WSJ that his ex-client wasn't aware he owed a tax bill until just a few days ago.

The newspaper details the Northern Mariana's tax charges and how the alleged debt grew so large. The story also looks at the many other ways taxes have been factors in Millard's personal and business lives.

It's an interesting read, perhaps one that might prompt additional interest from another locale that feeds on excess.

A story that includes big business dealings, secretive billionaires, huge sums of disputed money, expansive estates and exotic locales has defintely got to appeal to Hollywood.