Once members of Congress finally found a convoluted half-assed questionable way to keep the United States from defaulting on its loans, they promptly left town.

Who could blame them? It was a trying, tedious time. And the Senate even skipped its Fourth of July break. The really, really need a break. (Is my sarcasm coming through clear enough?)

Truth be told, after the way both chambers handled the debt ceiling debacle, most of us are glad to see our Representatives and Senators lay low, at least for a while.

So the lawmakers trundled from Capitol Hill to National Airport and caught flights home. Their departures, however, unintentionally highlight some interesting -- yeah, let's use the word interesting just to keep the ol' blog family-friendly -- oversights on Congress' to-do list.

The Federal Aviation Administration authorization bill is still hanging out there. You remember this measure. It's the one that gives the FAA the ability to collect federal airplane ticket taxes, as well as pay for various airport-related projects across the country.

It's just a tad ironic, and infuriating, that Congress cleared itself for take-off without finishing this bit of work. OK, the House gets cut some slack; it did manage to pass the FAA bill and send it to the Senate, where it's been stalled.

Forfeiting revenue, killing jobs: But until lawmakers, and I'm talking about you Senators, return from their break in September, the country will be out the ticket tax money.

Not really a good idea, Mr. and Ms. Elected Officials, when we just watched all y'all pontificate on the debt and the critical need to get more money into the U.S. Treasury.

While the ticket taxes law is in limbo, Uncle Sam loses around $200 million a week. My trusty calculator tells me that will amount to $1.2 billion or so in taxes that won't be collected while Congress is on recess (and don't you love it that they call it recess, just like in elementary school?).

Meanwhile, lots of other folks are taking a forced vacation. They've been put out of work by Congress' failure to pass an FAA authorization bill.

This includes not only around 4,000 FAA workers, but also those contractors and the estimated 70,000 employees, both at the directly affected firms and in project related fields, who were hired for myriad airport projects in all 50 states.

Hey Congressmen and women, haven't I heard y'all talking about the country's critical need for jobs? Thanks a lot for making sure more people don't have one.

And a lot of those contracting firms are small businesses, exactly the constituency that Congress demagogues about supporting.

Real nice, guys and gals, to go and shut down their FAA projects. Small firms typically operate on a thin margin. Losing a major federal job could force some of them to close permanently.

Again, way to go, Representatives and Senators. We appreciate your exposing your political hypocrisy. It sure saves us some trouble.

By the way, we've taken notes of your recent actions on the debt ceiling and now the FAA fumble. We will be sure to pull them out for review before the next election.

Airlines refunding ticket taxes: The one bit of good news in this FAA bill mess is that some of the airlines are coming around in connection with passengers due a ticket tax refund.

These are the estimated 12.5 million folks (me included) who bought a ticket before the law expired on July 23 but didn't actually board a plane until that date or later. That means we paid the ticket taxes, but when we were wheels up, the airline wasn't legally authorized to collect it.

The IRS has said it will refund the taxes to taxpayers, but it's still working out that precise process. 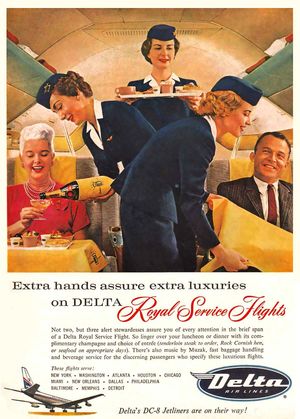 The federal tax collector would prefer, and has asked, the air carriers to take care of the refunds to their affected passengers. After all, the airlines have the info and could relatively easily put the tax amount back on the credit card accounts that fliers used to buy the taxed-then-untaxed tickets.

Now it seems that some of the airlines are finally deciding to do just that.

JetBlue gets kudos. It was amenable from the get go to giving its customers their rightful refunds. Update 8/4: jetBlue now is providing passengers receipts upon request and directing them to the IRS for refunds.

Now Delta has decided to do the same thing. So has US Airways. Keep checking with those airlines for details on the refund process.

Alaska Airlines reportedly is working through the Air Transport Association trade group to develop an easy way for Alaska and Horizon Air customers to receive refunds.

Now that these carriers have had a passenger-friendly change of heart, look for other airlines to also decide to issue passenger ticket tax refunds.

Of course, you can help speed that process along by nagging touching base periodically with the airline you flew.

And don't forget to let your Senators know what you think about this mess, too.