Have you taken a summer vacation? If you haven't made plans yet, you might want to consider Florida. 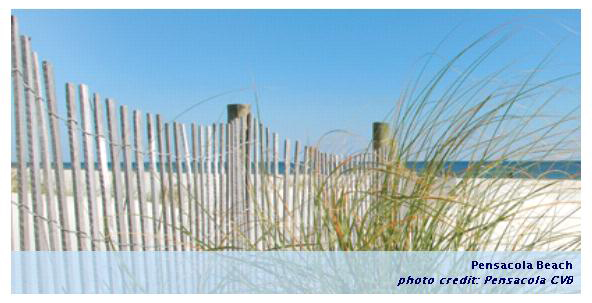 You're already familiar with the beaches, theme parks and great birding spots. But the Sunshine State also has good tax news for travelers.

Three of Florida's major cities are the most tax friendly to tourists, according to the Global Business Travel Association Foundation's 2011 study of car rental, hotel and meal taxes in the top 50 U.S. travel destinations.

Rounding out the top five central city locations this year with the lowest total tourist tax burdens are Detroit and Portland, Ore.

These five cities scored well based on their overall travel tax burden, which counts each locale's basic sales tax as well as any discriminatory travel taxes it collects.

Discriminatory taxes, notes the travel association, are those special charges tacked on above and beyond a jurisdiction's general sales tax. These taxes typically target car rentals, hotel stays and restaurant meals.

They often are collected to pay for local projects not related to tourism or business travel. These taxes, says the Global Business Travel Association, can add on average another 56 percent in tax costs to a visitor's travel expenses.

Where visiting will cost you more taxes: Some major metropolitan areas also might be worth a vacation trip, but they'll likely cost you more in taxes.

The cities that the 2011 study found impose the highest total taxes on travelers are Chicago, New York, Seattle, Boston and Kansas City, Mo.

"The difference in the effective tax rate on travelers from one city to the next is quite remarkable," said Joe Bates, GBTA Foundation director of research.

"For instance, a traveler who visits Chicago pays 80 percent more in taxes during their one-night stay than a traveler visiting Ft. Lauderdale."

When it comes to discriminatory travel taxes, Portland topped the 2011 list of cities that impose the highest of these targeted excess (excessive?) taxes.

So how can the Rose City be both among the least traveler taxing and the very worst in collecting from visitors?

Part of the reason Portland came in fourth on the overall low tourist tax list is because Oregon is one of five states that don't impose a general sales tax.

But the Pacific Northwest destination also collects a costly discriminatory travel tax, its transient lodgings tax of 6 percent on daily or weekly renters at hotels, motels and other places of commercial accommodation.

This hotel/motel fee is part of the overall Multnomah County lodging levy of 11.5 percent, which has been on the books since 1972. The tax also funds the general fund, Travel Portland and local convention center operations and expansion.

No tax discrimination: And which locales don't try to nickel-and-dime tourists with a ton of specialty taxes?

This year the travel destinations with the lowest discriminatory travel tax rates are all in California: Orange County, San Diego, San Jose, Burbank and Ontario.

Thanks for the information. I was planning on having a trip to Florida. I'll keep these things in mind.