Two summer recreational staples are involved in this week's Follow-up Friday, although at much more intense levels than you and I participate.

Let's start with golf. You might recall that a couple of professional golfers were fighting with the Internal Revenue Service over how to classify their earnings and just how much they owe Uncle Sam for what they made on U.S. golf courses. 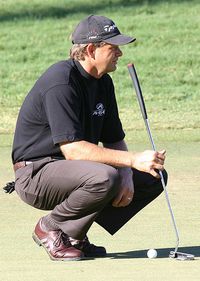 Retief Goosen, a South African by birth and a current resident of England, has received a ruling from the U.S. Tax Court, and it's not what he had hoped to hear.

The Court determined that Goosen, winner of the U.S. Open in 2001 and 2004, understated the share of his endorsement income generated here in the United States.

He had argued that those earnings were royalty income based on his image and reputation. The reason Goosen wants his endorsement money treated as royalties is because under tax treaties between the United States and Goosen's current home in the United Kingdom, royalty income is not taxed.

The IRS, as you have probably guessed, contended Goosen's payments were personal services income based on his performance on the golf course. That type of income would get the IRS more money, and it had calculated that Goosen owed $20,224 in U.S. taxes for 2002 and another $144,474 for 2003.

As for the characterization of the income, Tax Court Judge Diane Kroupa split the difference. She ruled that Goosen's off-course image and his on-course performance were both important to the sponsors who paid him. Therefore, he only gets partial benefit of royalty income tax treatment.

But Goosen suffered another tax blow when it came to his tax treaty argument. Kroupa, in reviewing the professional golfer's various payments, found that:

"The fundamental purpose of a tax treaty is to avoid the uncoordinated taxation of an individual's income by two different countries. Tax treaties seek to avoid double taxation as well as prevent fiscal evasion. Petitioner [Goosen] has not shown that he is eligible for any treaty benefits."

You can read the full Tax Court decision, but I suggest you also look at Taxdood's analysis, No Mulligan in Tax Court for Goosen (dang, I wish I'd come up with that headline first!).

Goosen is playing this week at the St. Jude Classic in Memphis, Tenn., and it looks like he'll make the cut.

His attorneys, meanwhile, are reviewing the Tax Court decision to determine exactly how much he now owes the IRS.

Last August, Italian tax officials cracked down on luxury watercraft owners whom they suspected weren't reporting and paying their rightful share of taxes.

Now officials in fabled city of canals is considering creation of a tax aimed at the Russian owner of a so-called super yacht.

The residents of Venice were annoyed when Roman Abramovich arrived last week for the floating city's art festival via his mega-yacht Luna, anchoring it in St. Mark's Basin.

Abramovich, a Russian businessman and the primary owner of the private investment company Millhouse LLC, is the ninth richest person in Russia (53rd richest worldwide per Forbes' 2011 ranking).

The rest of the world, especially followers of English Premier League Football, knows Abramovich as the owner of the Chelsea Football Club.

But it's another Abramovich property that has folks riled up. His 377-foot yacht Luna that he took to Venice is home to two helicopters, seven smaller boats, a 10-man submarine, a music studio, a swimming pool and a basketball court.

And the size of the vessel has thrown a good portion of the scenic Italian lagoon into shadow.

Russian billionaire Roman Abramovich's superyacht Eclipse turns in the Elbe river after it left Dock 10 at the Blohm + Voss shipyard in Hamburg April 16, 2010. The 170-metre-long luxury yacht is reported to be worth 400 million Euros ($540 million). REUTERS/Christian Charisius (GERMANY - Tags: SOCIETY)

Good thing for Venitians that Abramovich brought the smaller Luna, and not his almost 560-foot long Eclipse, the worlds largest yacht, shown above.

"The boats are getting too big and blocking the view," said Venice's Mayor, Giorgio Orsoni. "These yachts are showing up to see Venice for free, but St. Mark's Basin is being turned into a motorway and we have to start limiting the traffic."

Orsoni is considering a new tariff on over-sized yachts. The concept quickly became known as the "oligarch tax" since the idea was sparked by Abramovich's boat.

No doubt, both these are high profile cases, which is what the Service wants! Furthermore, most average tax payers struggling to pay their mortgage will hardly feel any sorry for them. :)