New York businesses who collect sales taxes now must file those returns and make payments electronically. If they don't, the state's Department of Taxation and Finance will assess a $50 penalty for each failure to e-file.

Most Empire State businesses who fall under the mandatory e-filing law which took effect May 30 won't have a problem meeting the electronic requirements.

Unless they are Amish.

Since they shun electricity, the Amish don't own computers or phones with which they could e-pay their taxes.

And that adherence to age-old traditions mean that the rest of the world's technological advances are which making life more complicated for the Christian sect.

According to the Watertown (N.Y.) Daily Times, some of New York's 12,000-member Amish community, primarily furniture builders and shopkeepers, have received letters warning them that they face a $50 penalty for every return they do not electronically file. 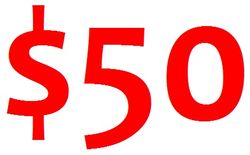 And that collision of the old and the new earns the New York e-filing tax penalty this week's By the Numbers recognition.

New York is requiring more electronic tax transactions for the same reason that the Internal Revenue Service and other states are: E-filing saves governments money.

A spokeswoman for the NY tax office told the newspaper that they had expected anyone with problems meeting the e-filing law to call the state's Taxpayer Contact Center. In those cases, those taxpayers would have been granted an exemption from electronic filing.

But as noted earlier, the Amish don't use phones.

New York tax officials now recommend that affected Amish business owners ask someone else to call the Department of Taxation on their behalf or write the tax office a letter.

Some of the Amish businessmen who are facing the $50 fine are working, with help from their state lawmakers, to resolve their filing situaitons.

And state tax officials say now that the problem has been brought to their attention, they'll be "judicious" in levying any fines against Amish owners who are trying to fulfill their tax obligations while also staying true to their beliefs.

"You live your way, we live our way, and it's a free country," Amish community member Peter Hershberger told the Watertown newspaper. "And we hope it continues."