Many marriage and divorce tax issues, regardless of couple's gender

How serendipitous that New York's decision to sanction same-sax marriages came in June, the most popular month for weddings.

OK, it takes 30 days for the law to go into effect, pushing the first exchanging of vows to July 24, but every couple needs time to plan their big day. And it's still is a nice gesture. 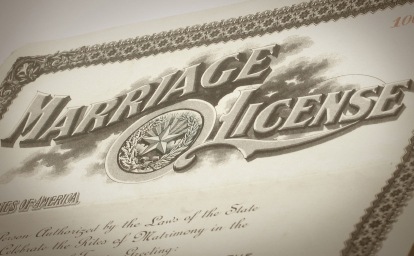 Not to take any glow off the new-found relationship option, but like their heterosexual counterparts, New York's same-sex couples also will now be able to officially divorce.

"One of the so-called benefits to marriage is actually divorce," Ruthann Robson, professor of law at the City University of New York, told Thomson Reuters. "If same-sex marriage is recognized, same-sex divorce would be recognized, too."

Although same-sex divorces previously have been granted in New York to couples married elsewhere, the rulings have been on a case-by-case basis. But now that all marriages are treated the same in the Empire State, the right of same-sex couples to divorce will be guided by New York's Domestic Relations Law.

That should at least give the soon-to-be-official exes a little more legal certainty during a difficult process.

New tax filings in New York: New York's tax department also is readying for a 2012 filing season that will have an influx of newly-married taxpayers.

Same-sex husbands and wives will be able to file their New York tax returns jointly, meaning that in some situations couples will pay less state tax. But like traditional husbands and wives, some same-sex couples could in fact end up paying a New York marriage penalty if their combined earnings push them into a higher tax bracket.

On the federal level, filing status is a different matter. The Defense of Marriage Act defines a marriage as a union between a man and a woman. So gay and lesbian couples must file their federal 1040s as single or if there are children involved as head of household.

The dual filing duties with differing filing status issues means that tax time for the same-sex newlyweds will be more complicated and potentially more costly if they pay for professional tax help.

"We respectfully request that you to take steps to provide appropriate guidance to these couples," wrote the Senators.

They also want IRS Commissioner Douglas Shulman's agency to address the specific problems encountered by couples who are married or have registered domestic partnerships in community property states.

In California, Washington and Nevada, notes the letter, same-sex couples must pool and then divide their incomes to calculate their tax liability. But the federal tax system has no way of linking an individual's tax return to that of his or her spouse or domestic partner, leading to potential tax underpayment penalties or the incorrect indication that taxes have been overpaid.

By now, everyone regardless of gender knows that a person's federal filing status is determined by his or her marital status on the last day of the tax year.

If you were married on Dec. 31, then the tax collector considers you married for the 364 previous days even if your marriage was much shorter than that.

Similarly, if you were divorced on Dec. 31, then for that tax year you are considered single (or head of household or qualifying widow or widower) even if you were legally married for all the year's other days and many years before that, too.

And while the same-sex marriage issue has focused on obtaining an official marriage license from a state, there also is the issue of common-law marriage.

If state recognizes common law marriage, the IRS does, too, said Helen P. O'Planick, EA, during a recent family tax filing seminar. "The trick is, though, there's no common divorce," she said. "You must get a real divorce to reflect any change in your filing status."

There's also the issue of annulment.

"When a marriage is annulled, it is legally considered as if it never happened so legally you were never married," noted Alice L. Orzechowski, EA and CPA, during the same seminar. "If you filed as a married couple and then had the union annulled, you must go back refile as a single taxpayer."

As for state taxes for couples, be they married, divorced or in between, there are 43 states that tax income and that means there are 43 different sets of tax law.

The bottom line is that marriage and divorce bring many new tax considerations to a relationship. So enjoy your new status, but be sure to take extra care when it comes time to file your marital tax returns.

So there is another side to this -- IF same sex couples were allowed to file jointly many of them would pay more in taxes -- this could be a revenue raiser!

I have a same sex couple as clients. I file one as head of household and she gets the more beneficial bracket. She makes too much money to get the child tax credit. I give both the children to her partner (the children have been adopted by each parent).

At the end of the day if they had to file jointly it would cost them about $3400 in additional federal income tax!

Revenue raiser? What is Congress waiting for? Aren't we trying to cut the deficit!