I've been to enough cultural events to know that there is a very wide range of what is deemed artistic. The hubby and I have some heated interesting discussions after each museum exhibit or live performance we attend.

A gentleman's club in Latham, N.Y., is hoping that such divergent opinions on art will work to its tax advantage.

So far, though, Nite Moves has run into some tough critics in its effort to convince the tax and legal communities of the artistic merits of its offerings. 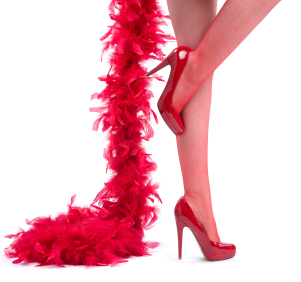 The club contends that it shouldn't have to collect sales tax on the fee that charges patrons because Nite Moves dancers provide "dramatic or musical art performances."

The New York State Supreme Court Appellate Division, however, was not persuaded.

In its argument for tax-free treatment, Nite Moves cited the New York tax code section that imposes a sales tax upon "any admission charge .. in excess of ten cents to or for the use of any place of amusement in the state, except charges for admission to … dramatic or musical arts performances … ."

While "there there is no question that the club qualifies as a place of amusement under the expansive definition set forth" in New York sales tax laws, the appellate judges didn't buy the Nite Moves' effort to portray, via expert testimony from a cultural anthropologist, its employees' dances as live dramatic, choreographic or musical performance.

Specifically, said the court, there can be no serious question that "at a bare minimum" the club failed to meet its burden of establishing that the private dances offered at its club were choreographed performances.

Yes, you read right. The judges had a Beavis and Butt-head moment -- they said "bare minimum," hehheh huhha hehheh -- and got a little punny in their ruling.

OK, back to grown-up tax talk.

The New York panel noted that the trial record reflects that the club's dancers are not required to have any formal dance training, but rather often rely upon videos or suggestions from other dancers to learn their craft. The one dancer who testified at the hearing did not extensively discuss the nature of the performances for which patron's pay the admission fee.

Further, said the court, the DVD submitted by Nite Moves as evidence -- OK, you're allowed one more junior high snicker and suggestive joke of your own -- did not in and of itself demonstrate that the on-stage dances qualified as choreographed performances.

So, the court unanimously ruled that Nite Moves failed to demonstrate it was entitled to the tax exemption and that the Empire State tax office is due the bill it handed the club.

Nite Moves plans, not surprisingly to appeal this decision, since it was based on insufficient evidence, and not on the argument of artistic merit itself.

"This is a free speech issue," said the club's lawyer, Andrew McCullough, in announcing that the club would take its case to New York's highest tribunal, the state Court of Appeals. "The state doesn't get to be dance critic."