As we all take at least a few moments on the Memorial Day to remember the men and women who made the ultimate sacrifice, let's acknowledge those who are now serving in our armed forces. 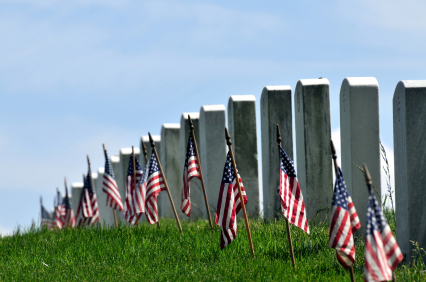 It's a tough job on all fronts. Financially, many Americans in military uniform are struggling. For those folks, here are some practical tax and financial tips.

Military taxes: Members of the military aren't excused from paying taxes. They do, however, get some special tax considerations.

Combat pay, compensation that many of our service men and women are receiving right now, is treated differently.

Some combat pay can be excluded, which helps reduce a service member's tax bill.

But  in some cases, such as eligibility for the Earned Income Tax Credit (EITC), military personnel might sometimes choose to include the usually nontaxable pay as income. It's a balancing act, so military members and their families need to run the numbers to see when to exclude or count combat pay to determine which option is more worthwhile at tax time.

The IRS has a special online section on taxes and the military. Also check out the agency's 10 military tax tips and complete information in IRS Publication 3, Armed Forces' Tax Guide.

The TaxProf Blog also continues its annual tradition of posting a lengthy list of official government links to tax resources for service personnel.

Other financial tips: Last week, the Marketplace radio program interviewed a financial planner who specializes in military money to talk about financial readiness for military servicemembers.

And don't forget about your state. Many offer special tax breaks for current members of the military, as well as for retirees receiving armed services' pensions.

This information is just my small way of saying thanks to all who've chosen to serve in the military.