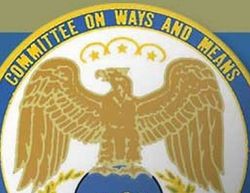 2011 is the year of finding every possible penny of revenue. As part of that effort, the House Ways and Means Oversight Subcommittee is today looking into refundable tax credit payments that shouldn't have been made.

Refundable credits are, as their name indicates, those tax credits that allow eligible taxpayers to get money back from the IRS even when they don't owe any taxes.

Now arguments have, can and will be made for each of these credits, espcially if the ones that remain come under fire as Congress tries to reduce the defict and eventaully overhaul our tax system.

But the key issue for the purposes of today's hearing is the word "eligible."

"At a time of record level federal deficits, the last thing the government can afford is to be hemorrhaging tens of billions of dollars in improper payments," said Rep. Charles W. Boustany, Jr. (R-La.), chairman of the Oversight Subcommittee, in announcing the hearing. "The Subcommittee needs to understand the current levels of waste, fraud, and abuse and what can be done to prevent billions of dollars of improper payments each year."

Boustany also noted that the number and dollar amount of improper payments  from refundable tax credits has been increasing at an alarming pace: "Rampant abuse and misapplication of these credits has cost taxpayers an estimated $106 billion."

The Government Accountability Office reported that in 2010, the Earned Income Tax Credit was the fourth largest source for improper payments among all federal government programs, with an estimated $16.9 billion in improper payments.

Boustany and his Ways and Means colleagues will look at problem payments associated with the EITC and other credits starting at 10:30 a.m. EDT today.

Scheduled to testify are:

When the witnesses written testimony is available, I'll come back and put in those links.

In addition to their prepared statements, the witnesses will be questioned about the administration of refundable tax credits, with an emphasis on just how much in improper payments is attributable to these tax breaks.

The Subcommittee also wants to know what steps the IRS is taking to reduce waste, fraud and abuse related to refundable tax credits.