Beer's tax contribution to the economy; By the Numbers: $18 per barrel

I enjoy a beer now and then. For the most part, the price of a brewski isn't too bad, unless you're buying one at a major league sports event. Talk about a captive, and thirsty, audience!

Part of the price of any beer comes from taxes.

There are, of course, state sales taxes.

The manufacturers pay the excise tax, but you can be sure that it's factored into the price we beer lovers pay for a six pack.

Then there's the federal excise tax.

Smaller brewers get a break here, paying less tax than their giant brewery competitors. And craft brewers soon could pay even less if the BEER Act is approved. 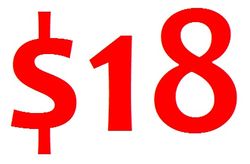 But major beer producers face a federal excise tax of $18 on each 31-gallon barrel they brew. And that's this week's By the Numbers figure.

The federal beer excise tax was first imposed in 1862. It was supposed to be a temporary tax to support the Union army during the Civil War.

Since then, the federal beer tax has gone up and down over the years, but not away.

In 1990, as a way to help fill budget gaps, taxes on beer and luxury items were increased. That meant that the beer excise tax doubled, from $9 a barrel to $18 a barrel.

That's a whole lot of gallons of beer.

And yes, the adult beverage theme in today's blog posts is intentional. It's been one of those weeks!

My Bad! The state data had it per gallon so that was in my head. And I didn't even have the excuse of too many brews! Correcting now.

Not to be nit picking, but there's a whole lot of difference between a barrel and a gallon. And since a gallon of beer only costs about $11 retail, where do you get the $18/gallon tax?