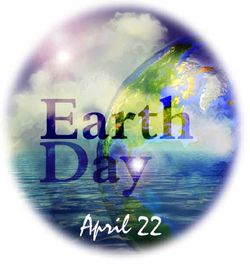 Earth Day was created 41 years ago as a day to inspire awareness of and appreciation for our planet's natural resources.

Earth Day Network says that Earth Day is now observed on April 22 in almost every country across the world.

U.S. lawmakers in recent years have used tax policy to promote energy savings, which are designed to help protect the environment.

The debate continues as to whether such tax laws really work. Are electric cars really better environmentally since the current they need to operate is generated in many cases by burning the uber pollutant coal?

Then there's the overarching issue of whether any level of government should be using tax laws to reward or punish actions of individuals or society. It's a worthwhile debate, but employing taxes as social incentives or deterrents for a wide range of life choices is not going to stop any time soon.

On this Earth Day 2011, I just want to point out some tax laws that could benefit your tax bottom line and possibly help out the environment a bit, too.

Home improvements, enegy and tax savings: Today focuses on our home planet, but I'm taking the concept to a more personal level with a closer look at energy related tax breaks for our individual homes.

First the bad news. The very generous energy-efficiency home improvement tax credit of 30 percent of qualifying improvement costs up to $1,500 expired at the end of 2010.

If you haven't yet filed your taxes (and by that, I'm hoping that you got an extension and didn't just blow off filing on April 18), check out this tax break.

If you last year, for example, got a new air conditioning or heating system, put in storm doors or windows or added insulation to your home.

Remember, this tax credit covered the 2009 and 2010 tax years, so if you made some of the improvements in both tax years, you must take the combined expenditures and prior year tax credit claims into account on your 2010 return.

Now for some middlin' news. For 2011, the home energy improvement tax credit remains, thanks to the tax bill signed into law in December.

However, the tax break has reverted to the more complicated-to-claim and less tax-saving levels contained in the original 2005 energy bill.

That means that the maximum credit for 2011 home energy improvements is 10 percent of the cost of the improvement up to a maximum claim of $500.

In addition, the various upgrades you make to your residence are calculated separately.

A whole house circulating fan, for example, will get you just a $50 tax credit. Replacement windows with better insulation are limited to a $200 credit claim.

That means that if you claimed $500 or more of these tax credits in any tax year since 2006, you can't claim on your 2011 taxes any home energy efficient purchases you make this year.

Despite the limits, some folks still might be able to claim the reduced tax credit for 2011.

And while it's now just a third of the 2009 and 2010 amount, any tax credit is a valuable tax credit. Remember, tax credits are counted after your figure what you owe Uncle Sam and then used to reduce your tax bill dollar-for-dollar.

Energy Star's website offers details on the eligible improvements and credit limits for both 2010 and 2011 tax years.

And don't forget about the possibility of state energy savings. Many local and state governements offer energy efficiency tax credits, incentives or rebates. The Database of State Incentives for Renewables and Efficiency, or DSIRE, tracks these benefits.