A possible federal government shutdown is coming at exactly the worst time for both procrastinating taxpayers and the Internal Revenue Service. 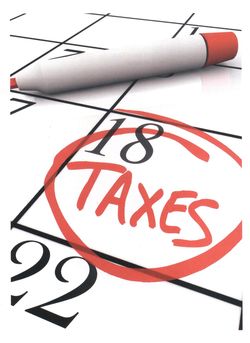 The April 18 deadline to get your tax return or extension-to-file request (Form 4868) and, more importantly, any 2010 taxes you owe to the IRS is firm. A short-staffed IRS isn't going to delay the due date.

"We have been doing some contingency planning," acknowledged Shulman in the question-and-answer session following his address today to the National Press Club in Washington, D.C. "If there is a government shutdown, we won't have a full complement, but the IRS will be accepting tax returns."

Shulman's advice is to file electronically.

Most e-filers shouldn't notice any difference, he said, since the process is automated. As long as a return isn't flagged by the system, it will be processed as usual and any refund will be sent out on schedule.

And, yes, the agency's Free File program will be available.

Paper problems: Paper filers, however, could have some issues, especially if they're expecting money back from the IRS.

While around 70 percent of taxpayers nowadays e-file, there are instances when folks are forced into using the old-fashioned method. That's the case for those claiming the first-time homebuyer credit or who have a substantial charitable donation that requires documentation.

If you snail mail a paper return, it could take a while for it to get manually keyed into the system since not all of the IRS' 100,000 employees will be at their desks.

And that means that your refund will also will be slowed.

Past shutdowns: If the federal government shutters most of its doors come Friday, April 8, it would be the seventh such closure since 1981.

Two were in November. The 1981 federal shutdown number was just one day, Nov. 23 that year. In 1995, budget battles closed federal offices between Nov. 14-19 that year.

The most recent federal slow down extended into the very beginning of a tax-filing season; that was Dec. 16, 1995, through Jan. 6, 1996. But that was so early in the filing process that there was no effect on the handling of tax returns.

Tax returns so far: This time, however, the IRS could be ramping down operations at a time when it's waiting for millions of folks to file.

Through March 25, the agency had received more than 82 million individual income tax returns. But that's just 58 percent of the 141 million returns it expects to be filed this year.

As I noted, bad timing. The IRS says that in most tax years, up to a quarter of all taxpayers file in the final two weeks of the tax season.

Another 7 percent seek a six-month extension to file.

And yes, even folks who are getting refunds sometimes put off their tax-filing tasks as long as possible.

I gotta say it again. Although government shutdowns are annual events, they underscore why I prefer to owe the U.S. Treasury a few bucks rather than be forced to wait for a refund check that could be delayed.