Most of America's taxpayers finished up their federal tax returns on April 18.

But a Washington, D.C., tax think tank says that for tax year 2010 almost half of us don't owe the federal government any income taxes.

Around 45 percent of U.S. households, or about 69 million, will end up in this envious tax position, say Tax Policy Center researchers. Some of those folks will even get money back from Uncle Sam.

But before you head off ranting about the huge number of folks freeloading while you're handing over your hard-earned dollars, take a breath.

Most of the no-tax households paid other taxes, such as state and local income taxes, along with property and sales taxes.

At the federal level, they also forked over FICA payroll taxes to pay for Social Security and Medicare.

Is it really time for tax reform? So why am I mentioning the non-tax folks now? Because their existence can be useful in talking about comprehensive tax reform.

Congress says it's really, finally ready to have this tough discussion.

But are we taxpayers?

The main reason that so many folks don't owe the IRS or get money back is because they are recipients of the current tax system's welfare -- and I use that term in the broadest possible sense -- structure.

Yes, many in the non-tax group are lower income earners, but many middle class taxpayers also benefit under our tax code. Maybe we don't end up zeroing out our tax bill, but we definitely use the system to trim our taxes as much as possible.

Another tax policy group, the Tax Foundation, also has looked at who pays -- and gets back -- what amount of taxes from the federal government.

"Over the past two decades, lawmakers have increasingly asked the tax code to direct all manner of social and economic objectives, such as encouraging people to buy hybrid vehicles, turn corn into gasoline, save more for retirement, purchase health insurance, buy a home, replace the home's windows, adopt children, put them in daycare, take care of Grandma, buy bonds, spend more on research, purchase school supplies, go to college, invest in historic buildings, and the list goes on," says Scott Hodge, president of the Tax Foundation in the group's spring newsletter.

"Thanks to the generosity of credits and deductions in the code a record 52 million, or 36 percent of all filers, pay no income taxes and are off the tax rolls," continues Hodge, "They have no 'skin in the game.' Many Americans today look to the IRS as a source of income thanks to the $100 billion in refundable tax credits paid out each year."

And he also notes that it's not just us individual taxpayers. "Sadly, many companies and industries are now looking to the IRS as a source of income, too," says Hodge, referencing General Electric's ability to get a $3.2 billion corporate tax refund for 2010.

Hodge discussed some of the tax credits that can produce a refund even when the taxpayer has no IRS bill in testimony back in March before the Senate Budget Committee hearing on Distribution and Efficiency of Spending in the Tax Code.

Tax breaks for all: Two popular tax breaks that pay back people who don't owe are the Earned Income Tax Credit (EITC) and the refundable portion of the Child Tax Credit. Each has grown in recent years. 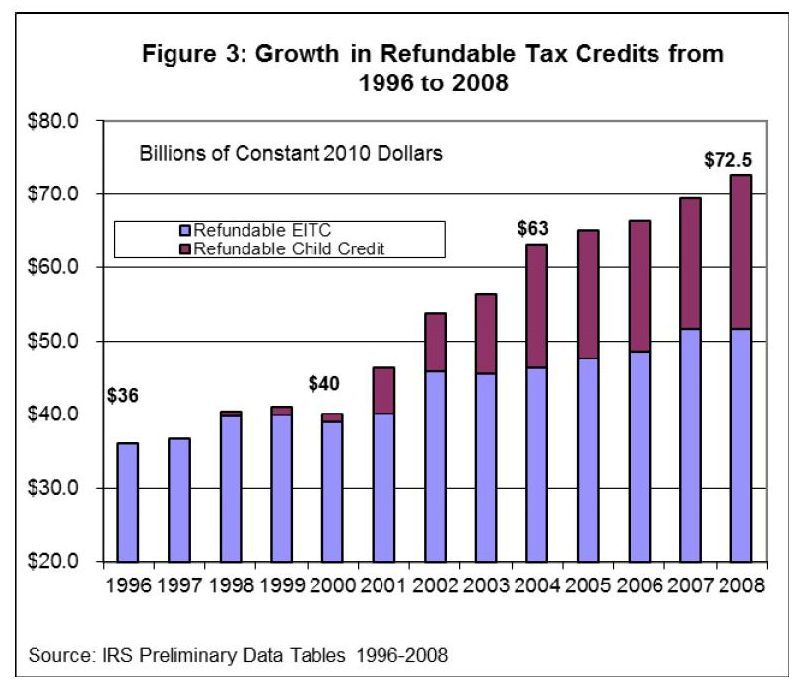 But these aren't the only tax expenditures that benefit many of us to the detriment of the the U.S. Treasury's bottom line. 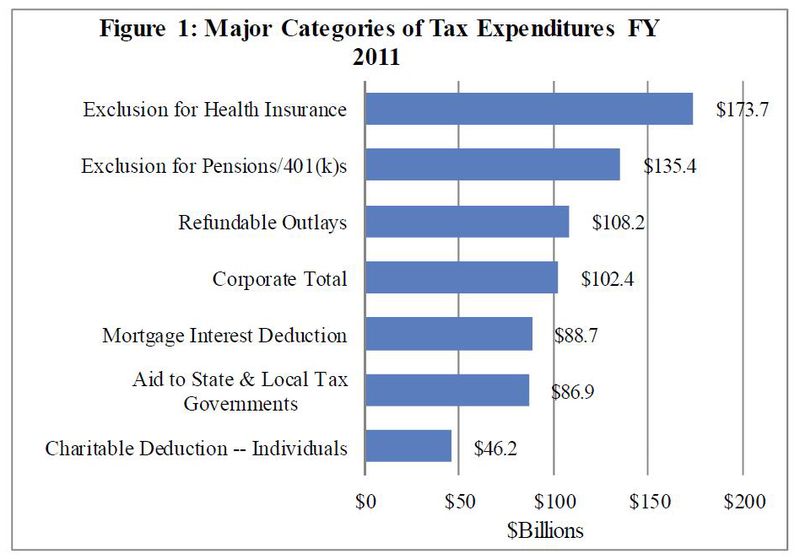 And that brings me back to my earlier question: Are we taxpayers willing to talk seriously about tax reform?

We all say we want to pay fewer taxes, which usually means we want lower tax rates. And we also want a system we view as fair, which typically means that everyone, individual and corporate, pays their share.

But to get those lower rates and revamped tax system and still keep the government running in some form, most of us will likely have to give up a current tax break or two that we really, really like.

Even with the recent Tax Day damage still fresh in our minds, I'm not sure we're ready to do that just yet.