Everybody is looking for more tax money to cover ginormous budget gaps. At the federal level, it looks like the search for additional revenue should start at home. 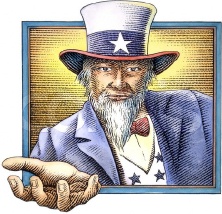 The Treasury Inspector General for Tax Administration, or TIGTA, says existing practices within the IRS let tax agency contractors get paid even though they owed back taxes.

Eleven IRS contractors received more than $356 million in payments from Uncle Sam in 2009 despite owing a combined $3.8 million in back taxes, according to the new TIGTA report bluntly titled Existing Practices Allowed IRS Contractors to Receive Payments While Owing Delinquent Taxes.

All five contractors questioned the tax assessments and provided the IRS information to substantiate their arguments disputing the tax bills. The IRS told TIGTA that it has a responsibility to investigate the merit of a taxpayer's claim before initiating enforced collection activity.

That's a valid IRS position. Every taxpayer should be afforded the opportunity to argue his or her case.

TIGTA doesn't have a problem with the process. But it does think the IRS needs to speed things up.

The oversight group's investigation found that it took the IRS an average of eight months to review and determine if information contesting charges of unpdaid taxes was sufficient to change the IRS' mind.

And while reviews are conducted, the IRS suspends collection efforts. Payments, however, continue to go out.

In this case, the contractors with questionable tax compliance skills received payments totaling approximately $356 million from the IRS and another $3.6 billion from other Federal agencies.

"All federal contractors, and particularly those that do business with the IRS, must meet their obligations to pay federal taxes," said J. Russell George, Treasury Inspector General for Tax Administration in a statement accompanying the report.

"Although the IRS has the responsibility to investigate the merit of a taxpayer’s claim before initiating enforced collection activity," George said, "it should improve its practices to expedite the timely resolution of federal contractor accounts that are in dispute."

TIGTA recommended that the IRS review its current processes to find ways to speed up cases where the agency believes federal contractors are behind in their taxes.  Ya think?

The IRS agreed with TIGTA's recommendations. No kidding!

That's no surprise. People from all professions sometimes get behind on their tax bill payments.

But some members of Congress say federal employees and contractors should be be more responsible.

Rep. Jason Chaffetz (R-Utah) has introduced H.R. 828 which would terminate the employment of current federal employees and prohibit the hiring of future federal employees who have a seriously delinquent tax debt.

The bill defines "seriously delinquent" as "an outstanding debt under the Internal Revenue Code of 1986 for which a notice of lien has been filed in public records." If an employee is paying his or her tax bill under an agreement with the IRS or the tax debt is under review, the federal staffer wouldn't be fired or the prospective employee could be hired.

Currently, only IRS employees can be terminated for non-payment of federal income taxes.

Chaffetz, who serves on the House Oversight Committee overseeing Federal Workforce, Postal Service, and the District of Columbia, also introduced H.R. 829, The Contracting and Tax Accountability Act of 2011, which would prohibit any person who has a seriously delinquent tax debt from obtaining a federal government contract or grant.

And in a rare case where a Republican positively cites the president, Chaffetz noted that in the 110th Congress then-Senator Barack Obama sponsored a similar bill in an attempt to weed out federal contractors with unpaid tax bills.

"Congress must send the message that those who deliberately and willfully dodge federal tax obligations should not expect to collect a taxpayer-funded paycheck," said Chaffetz in a statement announcing the bills. "At a time when this country is nearly $14 trillion in debt and many Americans are struggling to find work, the federal government need not tolerate tax evasion within the federal workforce."

This is Chaffetz's third attempt to fire federal employees or prevent the hiring of new federal workers who haven't paid their taxes.

I was amazed to read about the double standards concerning IRS contractors versus any other delinquent taxpayer. Shouldn't all taxpayers be held at the same standards?