Not to spoil the ending of this season's Celebrity Apprentice, but it looks like Richard Hatch won't be Donald Trump's new right-hand man. 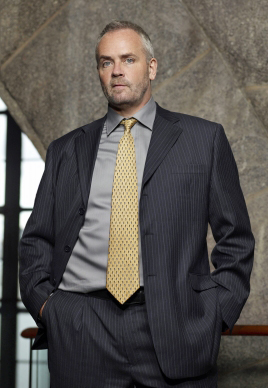 Hatch, the "fat, naked guy" from the first season of the CBS television reality show Survivor, was ordered back to federal prison to serve nine months for failing to pay tax on the $1 million he pocketed as the show's first winner.

Hatch had spent more than three years in jail when he was released in 2009 to serve three more years under supervised release. While free, Hatch was supposed to refile his questionable tax returns and pay Uncle Sam what he owed.

Actually, this is the second time since Hatch was granted probation that he's run afoul of federal officials. He spent a few weeks in late 2009 in a local jail finishing up his original prison tax evasion term after he violated release terms by making impolitic public comments about his legal proceedings.

All this bouncing in and out of jail isn't doing Hatch any good in trying to get straight with the tax man. With accruing penalties on the unpaid tax on the Survivor money, along with taxes on other income, prosecutors say Hatch now owes the IRS around $2 million.

New reality TV job: Although Hatch apparently didn't get around to paying his tax debt, he did find time to join the cast of the NBC program in which Trump ostensibly seeks a flunky someone to mentor.

I know what you're thinking. What about any money Hatch might win from his dealing with The Donald? It reportedly goes to charity. Automatically. Without Hatch ever seeing a penny.

Although not able to win as much as he did in his Survivor days, Hatch had hoped to parlay his latest TV exposure (fully clothed at all times this go round) into other jobs. Theoretically, that employment would help him pay his past-due taxes.

But that argument didn't carry any weight with U.S. District Court Judge William E. Smith. The judge said Hatch had exhibited no remorse and had made no effort to comply with the court order to pay his old tax bills.

"You can continue to proclaim your innocence," Smith told Hatch during the hearing in Providence, R.I. "You don't have the option of engaging in this type of game or negotiation with the court. It needs to be a severe punishment. That's the only thing that will deter you in the future."

In addition to the jail time, which is the maximum under federal sentencing guidelines and longer than prosecutors had asked for, Smith ordered Hatch serve 26 months supervised release, during which time 25 percent of Hatch's gross income would be garnished and handed over to the IRS.

I do hope Hatch gets TV privileges while in jail so he can see the end of Celebrity Apprentice.