Got your guacamole ready for tonight's BCS title game? It is, after all, the Tostitos championship bowl from Glendale, Ariz. (FYI, I'm not getting any remuneration, in cash or product, from the avocado industry or Frito-Lay, dang it!)

Befitting a big game, there's lots of drama to go around. The excitement of the Oregon Ducks making to to the title match. The questions about Auburn quarterback Cam Newton's eligibility.

And, of course, there's the annual blasting of the the Bowl Championship Series itself.

Some folks, however, have moved beyond grumbling.

Playoff PAC, a federal political committee, is, according to its website "dedicated to establishing a competitive post-season championship for college football." 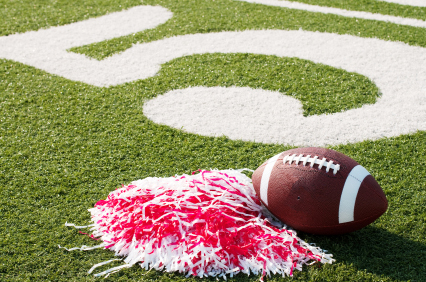 A lot of folks agree with the group's assessment that the BCS "is inherently flawed. It crowns champions arbitrarily and stifles inter-conference competition. Fans, players, schools, and corporate sponsors will be better served when the BCS is replaced with an accessible playoff system that recognizes and rewards on-the-field accomplishment."

And, notes the New York Times, Playoff PAC is going after the college bowls' finances:

In complaints to the Internal Revenue Service, they have raised questions involving three of the four bowls that make up the five-game Bowl Championship Series about interest-free loans, high salaries, lobbying payments and lavish perks for some bowl executives. They have also made accusations about illegal campaign contributions.

One of the examples cited by Playoff PAC in its communications to the IRS was an all-expenses-paid Caribbean cruise that the Orange Bowl hosted for 40 athletic directors and conference commissioners and their spouses. It appears, says the pro-playoff group, no business meetings were scheduled during the oceanic outing.

"They are using these tax-exempt entities as their own private fiefdoms," Matthew Sanderson, a founder of Playoff PAC, told the Times.

The pro-playoff effort is based in Washington, D.C., and is truly bipartisan.

In addition to Sanderson, a campaign finance lawyer for Republican candidates, and Marcus S. Owens, a former director of the IRS division that oversees nonprofit groups, and Joseph M. Birkenstock, a former chief counsel for the Democratic National Committee, worked on volunteered to advise on complaint filed with IRS.

I simply prefer professional football games. I have more fun cursing at players who are upfront about how overpaid they are rather than ranting about or at kids who are mere pawns of the unofficial NCAA-NFL cabal.

So I don't really care if there's ever an official college football playoff system.

I do, however, agree with Scott Gulbransen, who writes over at Saturday Tailgate that college football needs to put an end to multiple uniform madness.

"The proliferation of alternate jerseys for college football says all the wrong things to student athletes and younger aspiring athletes as well," writes Gulbransen.

The worst offender of excessive jerseys, says Gulbransen, are the Oregon Ducks, one of tonight's BCS championship competitors.

Hmmm. Instead of just the traditional bowl game patch, will the Ducks be sporting special BCS togs tonight?

So what's the problem with an assortment of college football team attire?

"At a time when more and more collegiate athletic programs are being cut due to budgetary constraints, what does it say when you're whipping up dozens of uniforms while you cancel wrestling?,"asks Gulbransen. "Or what does it say to an 18 year old young woman who won’t get a scholarship because a school cancels cross country or softball? But hey, at least the team has some killer alternate helmets and can sell more jerseys, huh?"

Plus, some of the uniforms are just plain ugly!