David Stockman, President Ronald Reagan's budget director, says all the George W. Bush tax cuts, even those on the middle class, should be eliminated.

As for the heated rhetoric that accompanies any talk of taxes nowadays, Stockman told 60 Minutes correspondent Lesley Stahl last night that his own Republican Party has gone too far with its anti-tax religion. 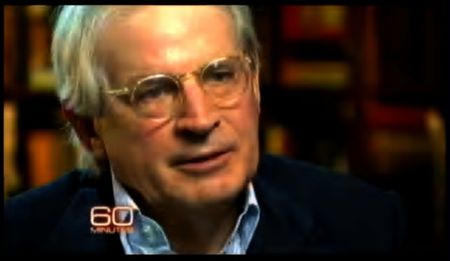 Above image is a screen shot; click here for video.

"It's rank demagoguery," he added. "We should call it for what it is. If these people were all put into a room on penalty of death to come up with how much they could cut, they couldn't come up with $50 billion, when the problem is $1.3 trillion. So, to stand before the public and rub raw this anti-tax sentiment, the Republican Party, as much as it pains me to say this, should be ashamed of themselves."

Dems not off the hook: Stockman also had harsh word for Democrats when it comes to taxes, particularly in regard to Obama's call to make middle class tax cuts permanent.

"We have now got both parties essentially telling a big lie," Stockman said. "With a capital 'B' and a capital 'L' to the public: and that is that we can have all this government, 24 percent of GDP, this huge entitlement program, all of the bailouts. And yet, we don't have to tax ourselves and pay our bills. That is delusional."

It started with Reagan's "morning in America," when were were promised we could have it all, minuscule taxes as well as all the government services we wanted, trickling down on everyone.

Optimism is not necessarily bad. Delusion is.

Since then, we've welcomed -- even encouraged -- political pandering and lies when it comes to taxes.

It's time for us to ask -- no, demand -- that our lawmakers tell us the truth and work together for the good of the country, not just for votes.

That means accepting some taxes, even those that don't provide directly for what we personally want.

Welcome back to civilized society.

If Stockman wants to criticize Republicans for their failure to cut domestic spending, great. The federal government is too big and too expensive. On the other hand, if he wants to complain about low taxes, I say: “What low taxes?”

Why do I have to pay taxes?
Oliver Wendell Holmes, former Justice of the United States Supreme Court, said,

"Taxes are what we pay for a civilized society." In some respects, a "civilized society" is the rationale for government in the first place. The signers of the Declaration of Independence set out to establish a new form of government for the "protection of life, liberty, and the pursuit of happiness". To this end, the framers of our constitution enumerated the proper fiscal functions of government as "to pay the Debts and provide for the common Defense and general Welfare of the United States". Taxes are simply the preferred method for paying for these governmental functions, the other methods being the issuance of public debt and the issuance of money."

"Optimism is not necessarily bad. Delusion is." That one is going in the quote book.

Taxes haven't been the problem. The discussion always hides the issue that we can't cut spending.

Our current problem had it roots when foreigners decided were were like the rock of Giblatar on a national level that our spending has gone wild. They loan us money with basically no strings attached. It's not helpful to our national discipline.

"That means accepting some taxes, even those that don't provide directly for what we personally want. "

I do, but please be careful with this. I think 90% of us can agree that roads need to be built. Not all of us agree, however, that sending even minuscule amounts to the arts and certain social programs is fair or a good idea.

IMO, anytime you tax someone, you take away a little bit of their freedom. Even if they didn't earn the money, it is not my right to take it away for something I or we "feel" is right. It needs to be of the highest order of common good.

I guess what I'm saying is that I don't condone tax protesters but I understand their point of view. I understand the frustration. I just wish that it was directed in more effective manner.