OMG! What will happen to my tax bill if the Bush tax cuts expire!?!

I know all of us Congress watchers said Washington, D.C., wouldn't let the estate tax die; that lawmakers would take action in time.

OK. We blew that prediction.

But this time more than 2 percent of the country will be affected -- and by affected, I mean pay bigger tax bills -- if the 2001 and 2003 tax laws revert to their previous levels. 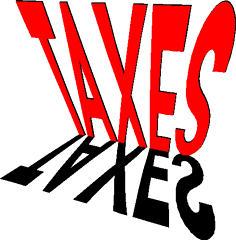 Most of the country facing higher tax rates plus midterm elections for most of Capitol Hill's current residents on Nov. 2. Well, it doesn't take an advanced degree to do that math.

So, even though back in October I noted that my Congressional action crystal ball was a bit fuzzy, I'm going out on a limb here and saying that I expect the House and Senate to act on legislation to keep most of the tax cuts in place and probably before November.

The reason: Both parties can use continued tax breaks as campaign tools. Sure, they can do that even if the laws are still in limbo on election day, but it's always more effective with voters to point to what you've done (or valiantly fought against) than to promise you will do something later, after the ballots are tallied.

So back to the headline question: Exactly what tax laws are in danger of expiring?

I look at some of the more popular tax breaks that, as of this moment, are on their way out in my Bankrate.com story What to do if Bush tax cuts expire.

It's a nifty little slide show that offers some just-in-case tax move suggestions.

But I'm pretty sure that when Jan. 1, 2011, arrives most of us won't have to worry about the worst-case tax scenario.

C'mon, Congress. Don't make a liar out of me!