As the Streamlined Sales and Use Tax Initiative (SSTI) has picked up some momentum of late, it's getting more attention, much of it adverse. And some of it just plain wrong.

Some folks are protesting the SSTI and a related bill now pending in Congress as a new federal tax. It's neither a federal levy nor a new tax.

What's under consideration now is federal authorization for a way that states can collect an existing tax they have on their books but which their residents typically don't pay.

The tax that is ignored is the use tax.

States that collect sales taxes, which is 45 of them plus the District of Columbia, also have a corresponding use tax. This tax, which is the same rate as the state's sale tax, is levied on items you buy outside your state, but bring home to use within your state's borders.

Massachusetts' use tax is what gave Sen. John Kerry a public relations nightmare over his new yacht, which he bought in Rhode Island. And use taxes are something that shoppers should think about if they go to a neighboring state to take advantage of a sales tax holiday.

Basically, the SSTI is a multistate effort to put an end to the biggest use tax collection problem: untaxed products purchased over the Internet or by mail order. SSTI members want to create a nationwide system that would make it easier for remote sellers to collect sales/use taxes at the time of purchase.

You can read more on state sales/use taxes and why federal lawmakers have to get involved in my earlier post, Sales tax collection on online purchases: legislation to ease it, lawsuit to stop it.

Ramping up the effort: The SSTI and the federal bill to give states the go-ahead with the project was the topic last week at a press conference held by Rep. Bill Delahunt (D-Mass.).

Joining Delhunt in support of the Main Street Fairness Act (H.R. 5660) were South Dakota's Republican Gov. Mike Rounds and former Speaker of the Iowa House Chris Rants, also a member of the GOP. Also in attendance were owners of brick-and-mortar businesses who support the tax collection effort.

"This bill is about fairness and competition," said Rounds. "It will help make sure that the store on the corner and the store on the Internet are playing by the same rules. This will create fair competition that benefits consumers. Tax law should not favor out-of-state retailers over our own corner stores." 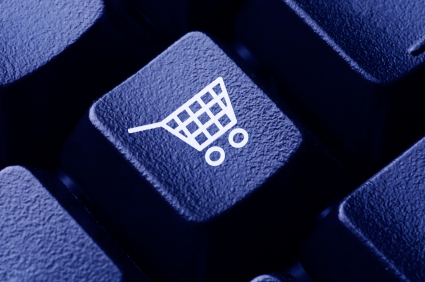 Delahunt portrayed his bill and the SSTI as a way to prevent creation of new taxes or increases in existing levies.

"Without question, states and local municipalities are facing an unprecedented budget crisis," said Delahunt. "Instead of raising new taxes, this bill is a common sense approach that allows them to collect taxes that are already owed while coming to the aid of struggling small businesses in our communities."

Delahunt believes those budgetary pressures could prompt federal lawmakers to take action on the Main Street Fairness Act this fall.

"We're looking at September, because I think September, October, the fiscal crisis and pressures on the states will be such an order of magnitude that we're going to have to do something," Delahunt told Tax Analysts. "We have to let the states help themselves."

So the bottom line is that the states' bottom lines are hurting and they are looking to collect all the taxes they are owed.

And if you're buying items on the Internet and not paying your state its due use tax on the purchase, then you're the reason that the SSTI effort has the best chance in ages of becoming the sales tax law of the land.

I don't have a problem with paying tax on the item(s) purchased, but states want tax also on the shipping and handling charges.

Since I live in a state with (so far) no sales or use tax, this doesn't affect me personally; my objection is on principle.