July 1 doesn't just mark the beginning of the last half of each year. For most states, it's the beginning of a new fiscal year and that usually means it's also the day that some new laws take effect.

Cigarette taxes rise: Before we get to individual states, let's start with a popular type of tax, the sin tax.

This year smokers are the hardest hit, with six states hiking their cigarette excise tax rates.

The increase that got the most attention was in New York, which now collects the highest cigarette tax in the United States, $4.35 per pack.

Other states where smokers now are paying more for their nicotine addiction are:

Washington got a head start. On May 1, the Evergreen State increased its cigarette tax $1 to $3.025 a pack.

Now to other tax statute changes that showed up yesterday.

Arizona: Shoppers in the Grand Canyon State now pay more for their purchases. The state's electorate in May approved a one-cent, three-year sales tax increase to help close budget gaps.

Also this month, Arizona workers will see a change in their state income tax withholding amounts.

Florida:  The Sunshine State will no longer collect tax on debt canceled in connection with a real estate short sale, that is, instances when homes are sold for less than what is owed.

Boat buyers also get a deal. A new law caps at 6 percent the state sales tax on boat purchases and the use tax for currently owned vessels at $18,000. Lawmakers hope the limits will save marine industry jobs, help sell more boats in the state and ultimately increase sales tax revenue.

Kansas: The Sunflower State's sales and use tax rate went up 1 percent yesterday.

Consumers now pay 6.3 percent on affected purchases. The sales tax hike will be in effect through June 30, 2013.

Thanks to a grandfather clause, contractors can claim the current 5.3 percent rate for work related to any contract entered into before May 1 if they provide proof of the deal to the Kansas Department of Revenue before July 10.

New Mexico: The Land of Enchantment is not so alluring for shoppers now that, in addition to the cigarette tax, the state's sales tax went up and state and local government workers can no longer dip into their retirement money.

The state's gross receipts tax (what most of us call sales tax) went up one-eighth cent, from 5 percent to 5.125 percent. The tax applies to most goods and services, but not to food staples and prescription drugs.

As for former government workers, if a retiree takes a job with the state, city, county or other governmental employer affiliated with the Public Employee Retirement Association, the worker's pension is suspended while they're in the paid job. They also must make payroll contributions into the pension fund rather than having their employer pay that cost.

South Carolina: While smokers in the Palmetto State will pay more, there's better news for some other residents and visitors to the state.

Qualifying school teachers, media specialists and guidance counselors can get reimbursement of up to $275 each school year against their personal expenditures for teaching supplies and materials. This reimbursement is exempt from personal income tax.

The state is trying lure filmmakers by authorizing a bonus rebate of up to 5 percent, in addition to the 15 percent the State Film Commission already can OK, for expenditures made by production companies in South Carolina. Lame-duck Gov. Mark Sanford vetoed the film commission rebates, but his veto was overridden by the state Legislature.

A veto that lawmakers agreed with, however, will cost folks looking to make environmentally friendly changes to their homes and businesses. Sanford nixed the increase of the corporate and personal income tax credit available for the purchase and installation of a qualifying solar energy system. The credit would have gone up to 30 percent, but now will be 25 percent for the 2010 tax year. 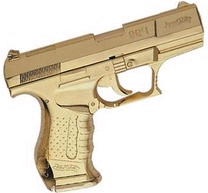 But gun lovers have fewer tax worries this year. The state's Second Amendment Sales Tax Holiday is officially on for part of the post-Thanksgiving weekend.

From 12:01 a.m., Friday, Nov. 26, through midnight, Saturday, Nov. 27, sales of handguns, rifles and shotguns will be exempt from state and local sales and use taxes.

Have you discovered new taxes being collected? If I missed your state's 2010 tax law changes, let me know.

the 10 percent excise tax on UV tanning booths did kick in on 7/1 but it's a federal tax. this item looks at state tax laws, which I should have noted in the headline.

How could you not mentiong the tanning tax that began July 1, 2010?

Also, I use several of the above taxes so it WILL hurt me but I accept that I will deal with them IF I CHOOSE to buy or use the above products