Maine voters will decide tomorrow (Tuesday, June 8) whether to support a change to their tax structure approved last year.

To make up lost income tax revenue, the law also would broaden the state's sale tax base so that its  5 percent rate would apply to many services and goods that  previously were tax-exempt. 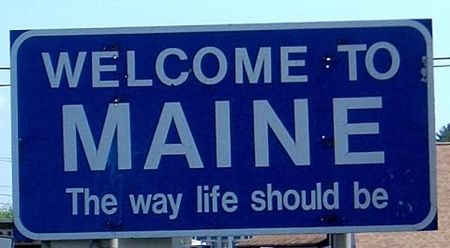 Last year's proposed changes to Maine's tax system were the first since lawmakers there OK'ed a state income tax 41 years ago.

The question now is will voters keep the changes or nix them?

Confusing ballot phrasing: Heavy hitters have come out on both sides, but what might be as decisive as anything is the ballot initiative's wording that many say is confusing.

A "no" vote on Question 1 tomorrow supports the tax changes while a "yes" vote to repeal the law is an opposing vote.

So no means yes and yes means no and guess what's going to happen tomorrow. Hey, I lived in Florida -- actually in the butterfly ballot county (and still have my sample ballot) -- during that confused electorate debacle.

Pros and cons: Opponents of the tax law change say added sales taxes would primarily hurt elderly and low-income resident, as well potentially stifle tourism since the taxes would be shifted to out-of-state visitors.

Supporters of the new tax system argue that it would help stabilize tax revenues and enable the state to better cope with budget shortfalls.

As I've said before, I don't like ballot initiatives. This Maine example underscores why (and I elaborate on this direct-legislation trend in my Bankrate Taxes Blog). They include:

The list of concerns could go on and on.

Here's hoping that Maine's voters give thorough and thoughtful consideration to the tax system question.