Love 'em or hate 'em, it seems that state tax breaks for the film and television industry are here to stay.

Unless, of course, Quentin Tarantino and Robert Rodriguez make a controversial movie in your state.

Tarantino is producer and Rodriguez director of Machete, a view of politics and immigration through the skewed lens of the guys who brought us From Dusk to Dawn and Grindhouse. 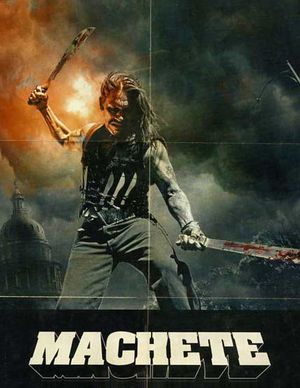 Born from one of the fake film trailers in Grindhouse, Machete is the story of a renegade Mexican federale who flees to Texas and is hired to assassinate a sleazy state lawmaker who has made his name by urging crackdowns on illegal immigrants.

Some Texas lawmakers, however, don't find bloody satire to their liking, regardless of a film's credentials. They are pushing the Texas Film Commission to deny more than $1.5 million of taxpayer subsidies available to the project.

Under the film tax break law, the Commission can do so if it determines that a production includes "inappropriate content or content that portrays Texas or Texans in a negative fashion."

No project has yet been denied. A decision on Machete won't be made until the Film Commission's director sees a final cut this summer.

But what the protests have done is stirred up a lot of interest in a movie that in reality has a very small target audience.

Actually, the film might have gone unnoticed by moviegoers who prefer Rodriguez's Spy Kids movies over his more extreme flicks if the Texas director hadn't let Machete become part of the real immigration debate.

On Cinco de Mayo, he released a so-called fake trailer for the film on the Ain't It Cool News website. In it, Trejo delivers a profane message to Arizona, which had just enacted its controversial immigration law.

So will all this mean that Machete will be the first film that Texas refuses to provide tax breaks?

Probably not. The law was passed, after all, to get more movie makers into the Lone Star State.

But even if it does happen, the film has already gotten a lot of pre-release press from the reaction of talk radio hosts and angry Texas legislators. Rodriguez and Tarantino couldn't have done better if they'd hired a PR firm to stir up interest in the movie.

And if the Texas Film Commission does ultimately withdraw the tax money, you can bet that those guys will make good use of that publicity, too.

I'm really happy that there is a good writers and directors like Tarantino and Rodriguez, once again a great action film with that special extra spice :). Of course i loved it!